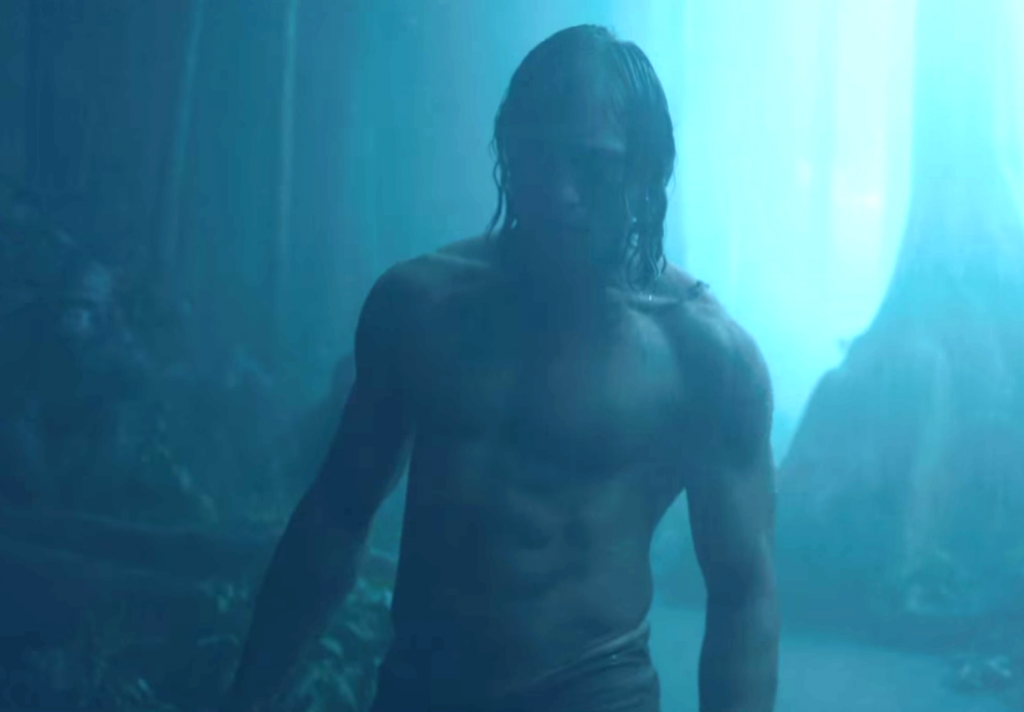 The first trailer for the upcoming film The Legend of Tarzan has been released and teases glimpses of star Alexander Skarsgard’s muscled body as it swings through the jungle.

“The jungle consumes everything,” the opening voiceover says. “It preys on the old, the sick, the wounded. It preys on the weak, but never strong.” Then we get our first look at Captain Rom (Christoph Waltz), the cream-suited mastermind of this jungle expedition. He oozes evil. “He’s Tarzan, you’re Jane,” he says to Robbie. “He’ll come for you.”

The release of the trailer on Wednesday came on the heels of the official release of the first promo photos from the film showing off Skarsgard’s body.

The trailer doesn’t provide much in the way of long, lingering looks at the star’s physique, preferring to leave Tarzan shrouded in mist and mystery. However, we do get to see more of Tarzan in his natural habitat and we even learn a few things from him.

For example, swinging through the jungle on vines is a great way to get killer upper back definition.

Also, constantly jumping off of things (cliffs, trees, etc) is great for your core.

And forget about Krav Maga. You want a tough workout? Try battling with a gorilla.

Tarzan even shows you how to strike a pose.

And behave in polite society despite any brutish instincts that may be lingering beneath the surface.

Watch the trailer for The Legend of Tarzan, directed by David Yates and starring Skarsgard along with Margot Robbie, Djimon Hounsou, Samuel L. Jackson, and Christoph Waltz, below.