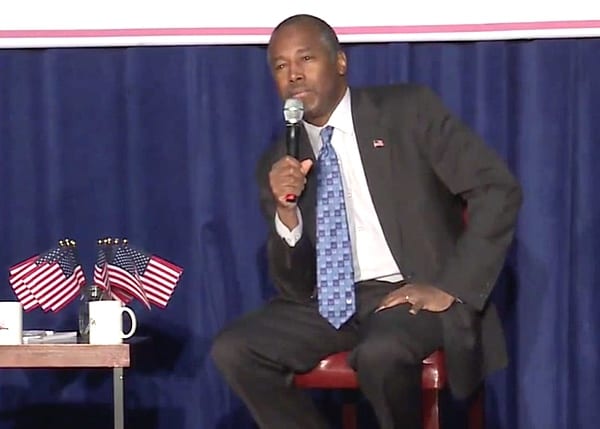 Ben Carson told a town hall in Waterloo, Iowa on Saturday that he’s against transgender service members and would like to return to the days of “Don’t Ask, Don’t Tell”. Carson made the remarks at a “Veterans and Military Town Hall” hosted by the Concerned Veterans for America.

“I do not appreciate using our military as a laboratory for social experimentation. You know, we have too many important things to do. When our men and women are out there fighting the enemy, the last thing that we need to be doing is saying ‘what would it be like if we introduced several transgender people into this platoon?’ You know, give me a break, deal with the transgender thing somewhere else.”

“I like the old ‘don’t ask, don’t tell’ philosophy. I mean why do you have to go around flouting your sexuality, it’s not necessary, you don’t need to talk about that, we need to talk about how we eliminate the enemy. That’s how a Carson administration would handle that.”