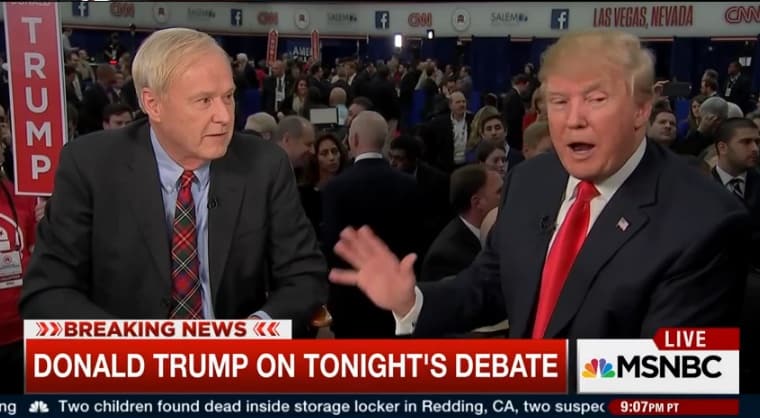 In a post-debate interview, Hardball‘s Chris Matthews cornered Donald Trump with the “birther” question he’s been hammering him with for some time.

“Is Donald Trump honest when he says that Barack Obama isn’t a legitimate president?”

Interjected Matthews, before the interview ended:

“I do think that’s a blemish. I think it’s your original sin. I’m an American. I think our president should be respected. And I think there’s a little ethnic aspect to it. I don’t like it…It’s not a good thing about you.”