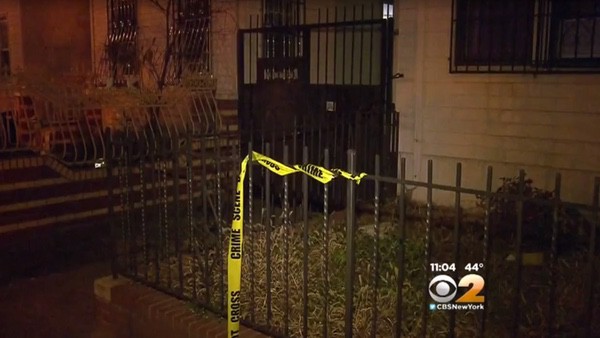 A transgender woman named Kathy Sal was brutally curb-stomped in front of her apartment in the Jackson Heights, Queens neighborhood of NYC on Sunday night, leaving her with bleeding on the brain, and multiple facial and cranial fractures:

CBS2’s Young reported neighbors said some of the transgender or cross-dressing renters in the neighborhood congregate late at night under the elevated No. 7 train tracks….The assailant followed his victim home to a gate on 93rd Street, which leads to a small basement apartment. The attack was quick as it was violent…

…Police late Tuesday did not know the motive and were still looking for a suspect.

Neighbors said the attack was only the most recent and violent in a series of incidents linked to the overnight street activities along the Roosevelt Avenue strip.

The NY Daily news, which refers to the victim using the male gender, reports:

Witnesses saw the suspect repeatedly hit the victim in his head and face and rummage through his pockets. At some points, sources said, a witness yelled out, telling the attacker to stop and that police were on their way. But the suspect barely paused, yelling something back as he continued the assault.

When he was done, he started to walk away, only to decide against it. That’s when he dragged his victim, by then lying on the sidewalk, toward the curb. The suspect then repeatedly slammed the victim’s head against the curb before leaving the scene, sources said.

The victim was rushed to Elmhurst Hospital Center in critical condition. He was placed on a respirator and has not been able to speak with detectives.

The assault was initially classified as a robbery, but the Hate Crimes Task Force is part of the investigation and will help determine if it should be considered a bias crime. A police official said it is not yet clear if the suspect knows the victim. Detectives, meanwhile, are looking for video to help them identify the suspect. Sources said he is Hispanic, in his 30s, about 5-feet-8 and 200 pounds.

Previous Post: « World AIDS Day 2015: 12 Things You Should Watch, Read, or Participate In Today
Next Post: Actress Holland Taylor on Her Sexual Orientation: ‘I Am Out. I Live Out’ »