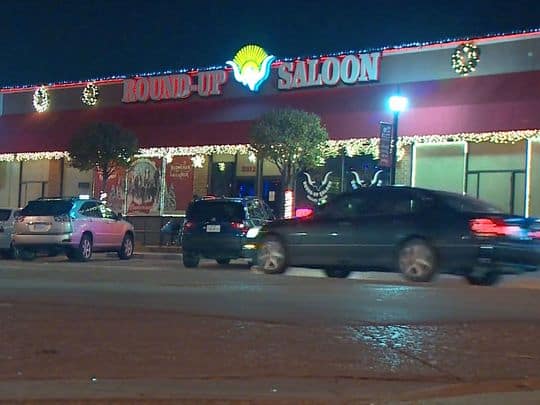 In response to a string of violent attacks against gay men in Dallas’ Oak Lawn neighborhood, police have increased patrols, and added surveillance cameras and plainclothes officers.

Businesses have also gotten involved, installing their own cameras and paying for employees to take Uber instead of walking home at night. LGBT advocates have staged protests and formed a support group for victims. Mayor Mike Rawlings visited the gay entertainment district on a recent Friday night, the city announced plans to spend more than $1 million to improve street lighting in the area, and District Attorney Susan Hawk staged a town hall to discuss the incidents.

But thus far, it’s all seemingly been to little avail, as the attacks have continued unabated, and police have made no arrests. On Tuesday, police reported at least the 14th attack since September, and unlike all but one of the previous incidents, they’re calling this one an anti-gay hate crime.

“Saturday I was cautiously optimistic that the new investigators were being added, and now I am just beyond frustrated,” business owner Lee Daugherty told WFAA-TV. “It’s disheartening to see that these are attacks are continuing even though we’ve made tons of progress in a very short time period.”

Police say a 54-year-old man was beaten and robbed Saturday night in a parking lot behind the Round-Up Saloon, the iconic country western gay nightclub. The two suspects, both white males, called the victim a gay slur, knocked him to the ground and kicked him before stealing his property. Unlike previous victims, who’ve been stabbed and beaten with baseball bats, the man suffered only minor injuries and didn’t report the incident until Monday.

At a news conference Tuesday, police said one of the challenges they’re facing is that suspect descriptions from the 14-plus incidents don’t match, indicating they’ve been committed by multiple parties.

“If all of the suspects were the same you might say we have serial suspects here and a distinctive pattern,” Assistant Chief Randall Blankenbaker said, according to a report from The Dallas Morning News. “But when you look at these … you have offenses that were committed by one … two … three black males, by three Latin males, by two white males, by unknown description males, by a black male and a Latin female, so there’s kind of the range of suspects.”

Robberies have long been a problem in the gay entertainment district, in part because criminals perceive gays to be easier targets. Club-goers are sometimes intoxicated and walking alone late at night with cash in their pockets. But the recent string of attacks has led to unprecedented levels of media coverage and police response, which may in fact be a good sign.

According to police, violent crime is actually down 14 percent from last year in Oak Lawn, but sometimes it’s perception, not statistics, that really matters.

Watch TV news reports on the latest attack below.