You are here: Home / Donald Trump and Jeb Bush Went at Each Other at Last Night’s GOP Debate: WATCH 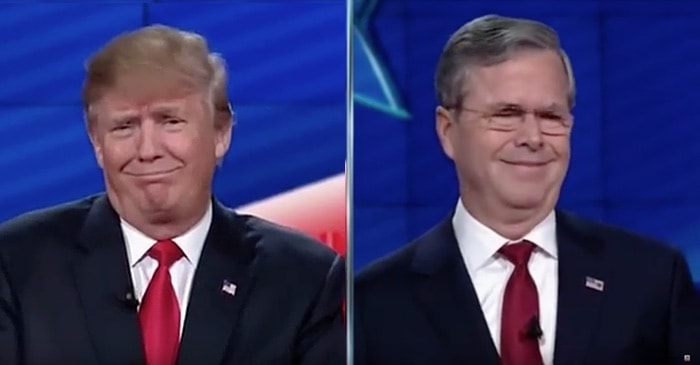 At last night’s Republican debate in Las Vegas, Jeb Bush decided he was coming for Donald Trump which provided some amusing split/screen action. Bush tried to make the case that Trump wasn’t a “serious” candidate and Trump tried to paint Bush as “low energy” and “weak”, claims he has been making about Bush throughout the campaign. Bush was thought to come out of the evening looking better than usual.

Previous Post: « This Might Be the Oldest Living Creature on Earth: WATCH
Next Post: Gus Kenworthy Takes Another Gold, Then Goes Silver Fox for the Holidays »