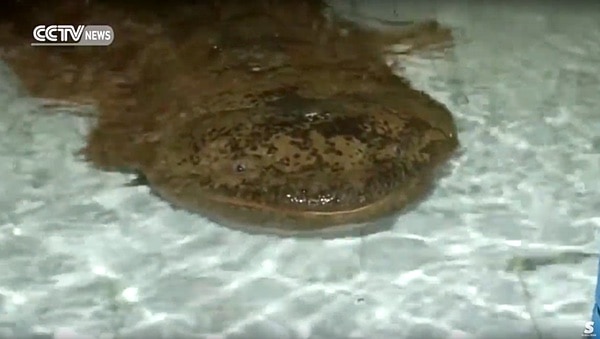 Chinese scientists say they have discovered a nearly 5-foot-long Giant Salamander in a cave in southwestern China which may be close to 200 years old, which would make it the oldest living creature on Earth (besting this tortoise, which is said to be 183).

The creature, a species which is critically endangered, was transferred to a facility for observation. It’s unclear what affect removal from its natural habitat may have on its health, but our guess is not great.

The salamanders are also viewed as a delicacy in China as well as used as “traditional” medicine, which means poachers are probably drooling at the sight of it