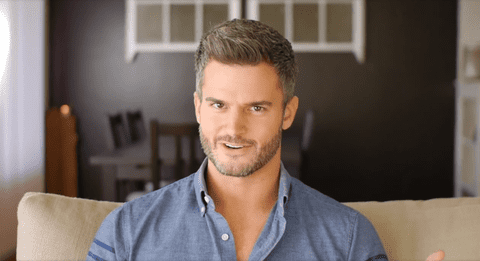 Dempsey says, “Desperate Instagrammers, bar trolls, and Grindr sluts easily conjure up images that’ll have any kween’s eyes rolling for days”; however, he asks, “why does [sexual behavior] so easily illicit such a visceral reaction in our own community?”

Dempsey suggests that a lot of the slut shaming within the gay community comes from a conditioned negative response to sexual behavior created by a culture that is often sex-negative and also homophobic.

Rather than slut-shaming our gay brothers, Dempsey urges a sex-positive approach that is mindful rather than cavalier about sex:

“I’m here to tell you that sex is a great thing. It’s natural. It’s awesome! … Of course we need to be a bit mindful about the intention behind sex that we’re having. If we’re using it as a way of detaching from other meaningful or more authentic experiences in life then we might want to reconsider that. Otherwise, as long as we’re being safe…then go out there and experiment and have fun. Just take pleasure in the whole thing. That’s the point of sex. When we’re able to do that we’re going to beat ourselves up less, we’re going to have a little more patience and kindness and gentleness with ourselves and break down our own shame. We’re also going to be less critical and judgmental of other people too. We can stop the slut shaming.”

Watch Dempsey break down the destructive tie between gay men and slut shaming, below: