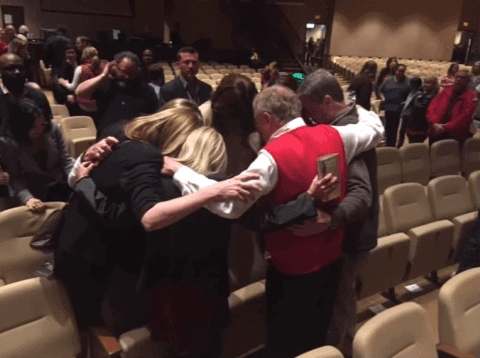 The other day we told you how Caitlyn Jenner is under fire for praying with rabidly anti-LGBT Houston Pastor Ed Young, an outspoken opponent of the city’s Equal Rights Ordinance.

Now, one of the trans activists who accompanied Jenner to Young’s Second Baptist Church is coming to her defense. Jennifer Boylan is co-chair of GLAAD’s Board of Directors. She’s also apparently a co-star of Jenner’s reality show, “I Am Cait.” 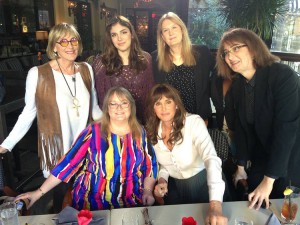 In a post on her blog titled “Why Caitlyn Jenner and I Prayed with One of Our Fiercest Enemies,” Boylan writes that she believes Jenner, a self-avowed Republican, is beginning to understand how social conservatives use lies about trans people to further their political agendas. Boylan (back row, third from left in the photo taken in Houston at right) also said the group went to Second Baptist without cameras and microphones with the intention of having an off-the-record conversation with Young about his opposition to HERO. (The widely circulated photo of Jenner and Young praying together was taken by Young’s son.)

“This struck me as good work to do,” Boylan writes. “At the end of the evening, Pastor Young approached us. We all stood up. And Caitlyn Jenner looked him in the eye and told him how much his actions and his words had harmed our people. I was proud of her — given her conservative beliefs, it struck me as a sign of great progress, a first step into activism, gentle though it may have been. The pastor seemed to me to have never spoken face to face with transgender people before, and he clearly did not understand our lives, given some of the things he said to us. But we were calm and polite and dignified. We told him about our lives, and he paused to listen. He really did seem to consider our humanity. I thought that moment was breathtaking.” 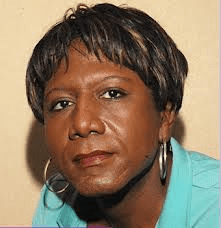 Although Boylan addresses the decision to pray with Young, she doesn’t touch on Jenner’s failure to meet with any trans people of color during her visit to Houston — the chief criticism lodged by Houston black trans activist Monica Roberts. In a follow-up to her original post criticizing Jenner, titled “My Being Patient With Caitlyn Is Over,” Roberts writes that Jenner “arrogantly dissed me and other Houston trans community leaders who have been doing the work to advance the human rights of this community while she was a stepparent to the Kardashian kids.”:

“Note to some vanillacentric privileged peeps inside and outside the LGBT community who have been throwing shade at me for calling Caitlyn out for her BS in a viral post, y’all got it twisted. I don’t need Caitlyn Jenner, she needs me,” Roberts writes. “I have the one thing she doesn’t have. Credibility as a trailblazing Black trans leader in our human rights movement for 17 plus years with the awards and recognition to emphatically back it up.”

Previous Post: « These Are the Top 20 Alternative Christmas Songs: VIDEO
Next Post: Tim Cook Takes ’60 Minutes’ Inside Apple and Talks About His Own Coming Out: WATCH »