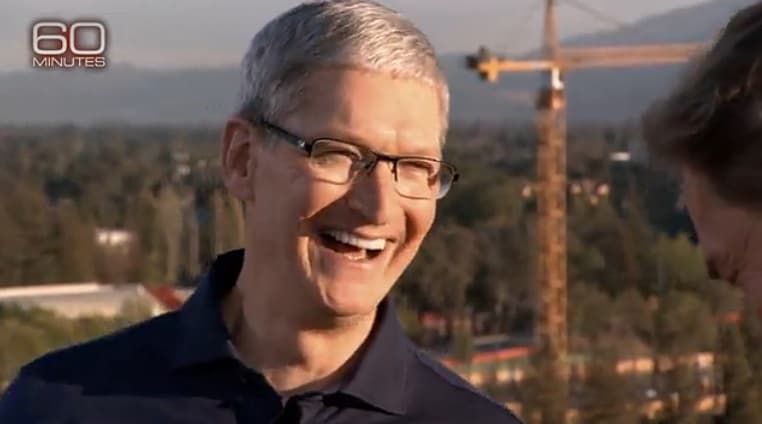 Last night 60 Minutes and Charlie Rose went inside Apple and spoke with CEO Tim Cook, Jony Ive, Angela Ahrendts, Eddie Cue, and other top officials about the company’s innovation, its secrecy, its design lab, the new ‘spaceship’ campus it is building in Cupertino, encryption, taxes, and host of other issues.

Rose also spoke with Cook about his decision to come out of the closet last year.

“When you’re in a minority group it gives you a sense of empathy of what it’s like to be in the minority and you begin to look at things from different point of views, and I think it was a gift for me.”

“Honestly, I value my privacy. I’m a very private person. But it became increasingly clear to me that if I said something that it could help other people. And I’m glad, because I think that some kid somewhere, some kid in Alabama, I think if they just for a moment stop and say ‘if it didn’t limit him, it may not limit me.’ Or, this kid that’s getting bullied. Or worse, I’ve gotten notes from people contemplating suicide. And so if I could touch just one of those, it’s worth it. And I couldn’t look myself in the mirror without doing it.”

Watch Inside Apple, in two parts, below:

Previous Post: « GLAAD Co-Chair Defends Caitlyn Jenner’s Visit To Anti-LGBT Houston Church
Next Post: The 2016 ‘Men Who Bern’ Calendar May Cause Your Polls to Tighten: LOOK »