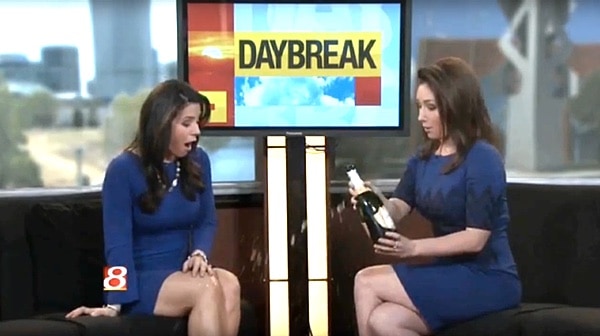 Last week NewsBeFunny unleashed its annual clip of news bloopers from 2015 and today we get a special second half, which is just as hilarious as the first.

From a presidential poll with a candidate named Deez Nuts running against Donald Trump and Hillary Clinton, to Tom Brady waxing on about balls, to a new kind of pasta named Vegetate, massive sharks, flying tree limbs, nippley weather, people said and did lots of things that were very unexpected on the news this year.