You are here: Home / Northern Ireland Court to Rule on Same-Sex Marriage After Christmas 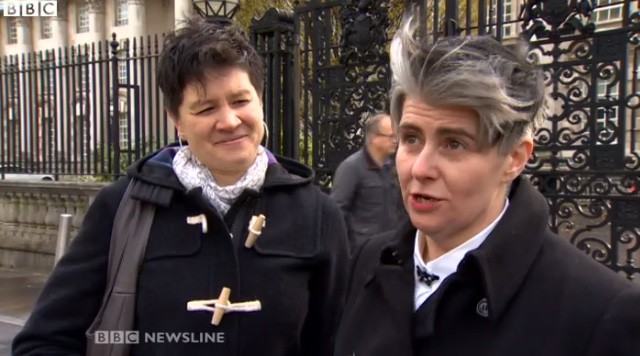 A judge at the High Court in Belfast, Northern Ireland has been hearing arguments for two days challenging the nation’s ban on same-sex marriage and will rule after Christmas, the BBC reports.

Towleroad has been reporting on the case:

The Democratic Unionist party (DUP) has vetoed five proposals to introduce gay marriage, most recently last month. The party has used the petition of concern mechanism by which it can reject laws it believes cannot find support from both Protestants and Catholics.

Lawyers for Gráinne Close and Shannon Sickles and Chris and Henry Flanagan-Kane (below) believe the ban is in breach of European human rights legislation.

“Northern Ireland stands out as effectively a blot on the map. It’s nothing less than state discrimination of a class of people who have been marginalized for many years.

“The lifelong commitment of these four applicants is the same in every respect as that of any other couple. Those relationships deserve to be recognized as such by having equal access to civil marriage. It’s demeaning and offensive that their unions have been relegated to a second-class status, namely civil partnerships.”

Belfast was the first place in the UK to host civil partnership ceremonies when the law was introduced 10 years ago, but now Northern Ireland is the only part of the UK and Ireland that has not legalised same-sex marriage.

The two couples took the judicial review proceedings, claiming that the ban breaches Article Eight of European Convention on Human Rights, by denying respect for their private and family lives.

But a lawyer for Stormont’s Department of Finance and Personnel (DFP) told the court the ban was not a breach of human rights. He added that civil partnerships already met the minimum requirements set out under human rights law. 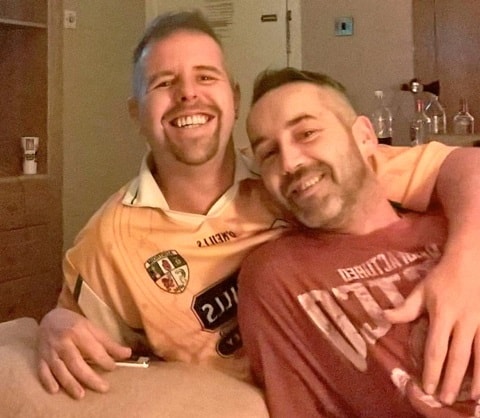