You are here: Home / Chris Hemsworth Talks About That Time He Got Hit on in Prison: WATCH 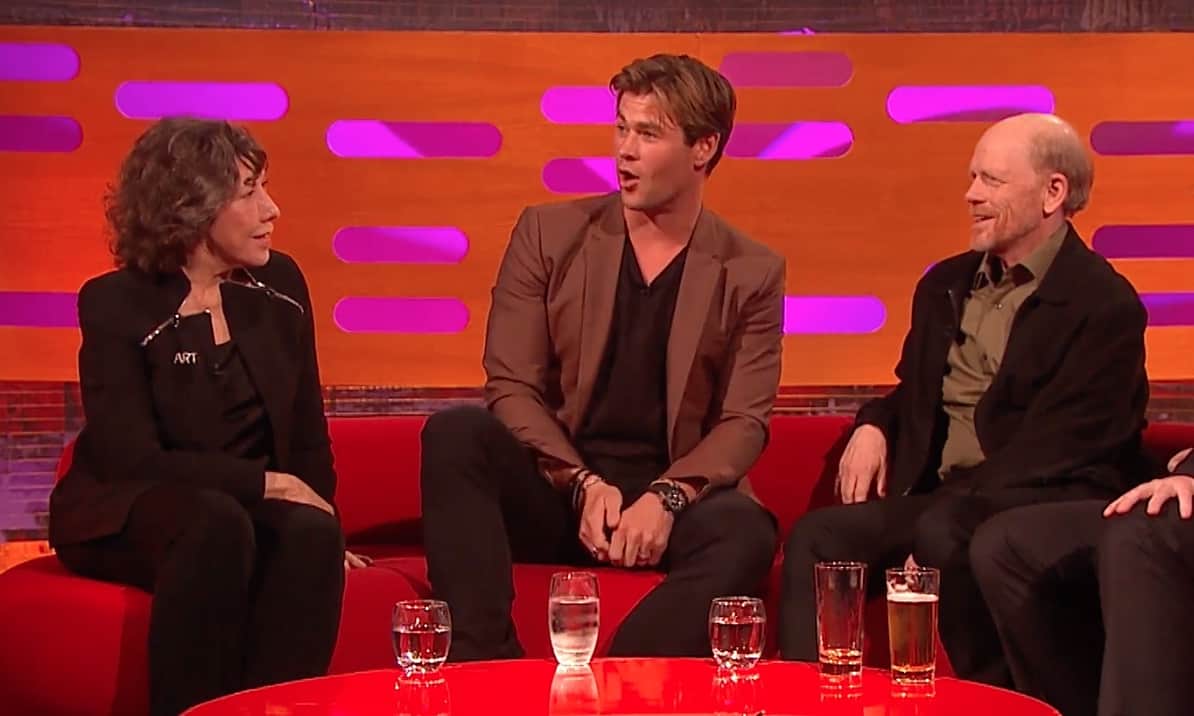 Chris Hemsworth appeared on The Graham Norton Show last night with Lily Tomlin, Ron Howard and Scottish stand-up comic Kevin Bridges (who Tomlin had a devil of a time understanding).

RELATED: Chris Hemsworth Lost a Little Weight for His Next Film

Hemsworth told a story about a time he went to prison to do some research for the film Blackhat, in which he plays a furloughed convict. Hemsworth figured nobody would recognize him but it turned out that they’re just as hot for Thor as everyone else.