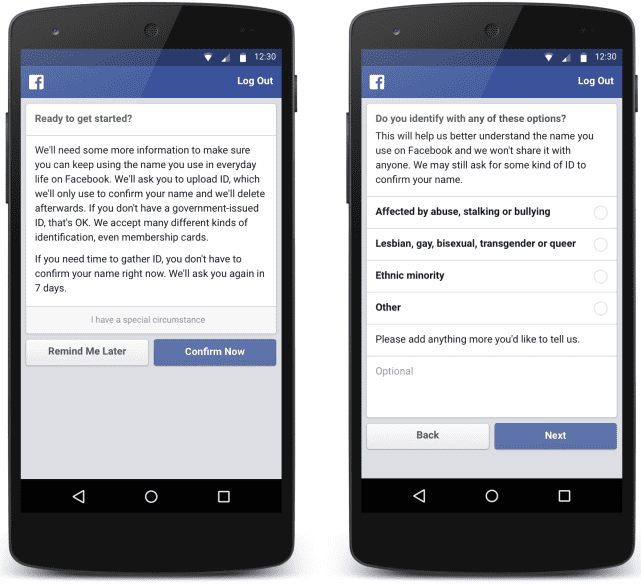 Facebook has made a change to its “real name” policy which will make it easier for name verification for LGBT users, requiring people to provide more context when reporting fake names, and allowing for explanation of special circumstances when verifying names.

The social network had promised a fix back in October 2014 but it has taken more than a year to get to this point. Users were discouraged when, after Facebook said it would solve the problem, LGBTQ users and drag queens continued to be frozen out of their accounts.

The promise came after demonstrations were threatened and company executives met with a group to discuss the issues at hand. 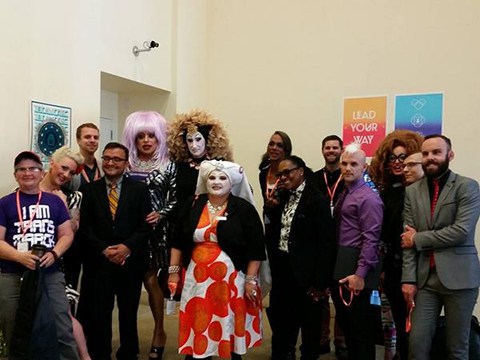 Today, we will begin to test new tools that address two key goals. First, we want to reduce the number of people who are asked to verify their name on Facebook when they are already using the name people know them by. Second, we want to make it easier for people to confirm their name if necessary. These tools have been built based on many conversations with community leaders and safety organizations around the world.

A new version of names reporting that requires people to provide context
We are introducing a new version of the names reporting process that requires people to provide additional information about why they are reporting a name. In the past, people were able to simply report a “fake name” but now they will be required to go through several new steps that provide us more specifics about the report. This additional context will help our review teams better understand why someone is reporting a name, giving them more information about a specific situation.

A new way for people to describe their special circumstance when verifying their name
We’re also testing a new tool that will let people provide more information about their circumstances if they are asked to verify their name. People can let us know they have a special circumstance, and then give us more information about their unique situation. This additional information will help our review teams better understand the situation so they can provide more personalized support. This information will also help inform potential improvements we can make in the future.

GLAAD CEO & President Sarah Kate Ellis praised the changes: “By taking important steps to improve its name policy, Facebook is once again demonstrating a strong commitment to inclusion and respect for LGBT users. GLAAD looks forward to our continued work with Facebook to further improve on this policy and ensure that the world’s largest social network remains a place where all people can feel accepted and safe to be their authentic selves.”

Lil Hot Mess, a drag queen who was involved in protests of the company over the inadequate names policy, told Business Insider that she’s hopeful that Facebook will continue to improve:

“I’m cautiously optimistic about Facebook’s ‘real names’ improvements — they’ve been long time coming and the devil will be in the details. It’s great that Facebook is finally taking steps to reduce ‘fake name’ reporting as a form of cyberbullying used to silence marginalized communities. I’m excited that they’re finally offering users the chance to give more context about their identities as LGBTQ people, survivors of violence or bullying, or ethnic minorities, hopefully without the need for hard ‘proof’…I’ll personally start celebrating once I stop getting messages from people around the world who have been locked out of their accounts.”