TONIGHT: President Obama will address the nation on terrorism from the Oval Office at 8 pm ET. “We’re not winning, but it’s too soon to say that we are doing everything we need to do,” Clinton said on ABC’s “This Week” on Sunday. “I think that’s what we’ll hear from the president, an intensification of the existing strategy. And I think there’s some additional steps we have to take.” 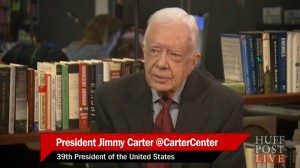 FORMER PRESIDENTS: Jimmy Carter says he’s cancer-free: “Carter, 91, made the announcement near the beginning of the Sunday School class he was teaching at Maranatha Baptist Church in Plains, a close friend and fellow church member said. ‘He said he got a scan this week and the cancer was gone,’ Jill Stuckey said by phone from Maranatha, where Carter was still in the midst of teaching to about 350 people, many of them visitors. ‘The church, everybody here, just erupted in applause.'”

2016 ELECTION: Ted Cruz to begin airing ads in Iowa. Here’s the first one.

BASIC INCOME: Finland is going to pay everyone $876 a month: “The Nordic nation is getting closer this month to finalizing a solution to poverty: paying each of its 5.4 million people $876 tax-free a month — and in return, it will do away with welfare benefits, unemployment lines, and the other bureaucracy of its extensive social safety net. The concept, called basic income, has been a popular source of debate among academics and economists for decades, though Finland would be the first nation in the European Union — and the first major nation anywhere — to actually implement the idea on a universal basis.”

RECOVERING: M. Butterfly playwright David Henry Hwang was slashed in the throat near his Brooklyn home: “David Henry Hwang, who brought home the trophy for his 1988 play “M. Butterfly,” was walking on S. Oxford Ave. near Lafayette Ave. in Fort Greene when an unknown attacker slashed his neck from behind around 8:50 p.m. on Sunday, police said. The 57-year-old writer told police he felt pain and then noticed he was bleeding before walking to a hospital. He was treated and released.” 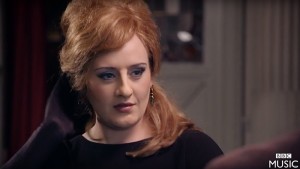 RECORDS: Adele’s ‘Impersonator’ sketch broke the BBC’s YouTube record: “Another day, yet another record broken for Adele… a sketch from BBC One’s ‘Adele at the BBC’ special has been viewed more than 37 million times in just two weeks, making it the most-watched video ever on the BBC YouTube channel.”

INTERNATIONAL LGBT RIGHTS: U.S. officials discussed anti-gay penal code with Brunei: “Anna Richey-Allen, a spokesperson for the State Department’s East Asian and Pacific Affairs Bureau, told the Washington Blade that Malinowski ‘did discuss’ the penal code, which is based on Sharia law. ‘We discussed human rights with Bruneian officials who emphasized that Bruneian law would be implemented in accordance with international human rights standards,” said Richey-Allen. The new penal code, which includes the criminalization of apostasy, began to take effect in May 2014. It remains unclear whether the provision that calls for the stoning to death of those convicted of sodomy has yet to come into force.”

MEDICINE: Penis transplant planned for injured service member: “Within a year, maybe in just a few months, a young soldier with a horrific injury from a bomb blast in Afghanistan will have an operation that has never been performed in the United States: a penis transplant. The organ will come from a deceased donor, and the surgeons, from Johns Hopkins University School of Medicine in Baltimore, say they expect it to start working in a matter of months, developing urinary function, sensation and, eventually, the ability to have sex.