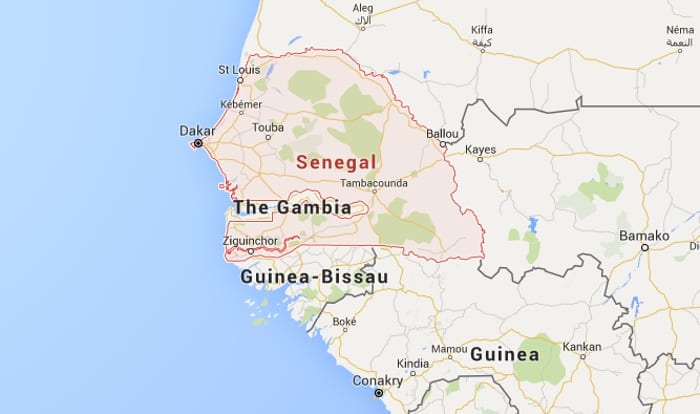 Eleven people who committed “homosexual acts”, apparently by attending a gay wedding, have been arrested in the west African nation of Senegal, the AP reports:

Boukhari Ndiaye said the arrested were among 20 people attending a celebration of a gay marriage at a school in the town about 200 kilometres southeast of the capital, Dakar, on Friday.

He said the 11 remain at the police station. Homosexual acts are criminalized in at least 34 African countries, including Senegal, where they are punishable by up to five years prison and fines of up to $2,500.

In February 2014, two men in Senegal were sentenced to six months in prison each, for being gay.

In June 2013, President Obama visited Senegal on a trip to Africa and spoke out about the country’s criminalization of homosexuality.

President Mack Sall of Senegal replied: “We are still not ready to decriminalize homosexuality. I’ve already said it in the past. We’re still not ready to change the law. This does not mean that we are all homophobic.” That position was later echoed by Senegal’s Justice Minister Sidiki Kaba.

In November 2013, the European Court of Human Rights ruled that persecuted gays in Uganda, Senegal, and Sierra Leone have grounds for asylum in the European Union.