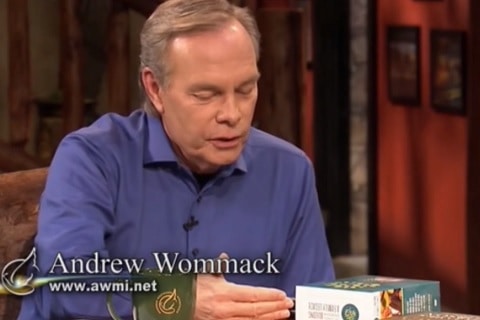 Televangelist James Womack has said that there is no need to stone gay people to death because “we now have a cure for” homosexuality.

Speaking on Womack’s “The Gospel Truth” show last week, James Dobson – the former head of listed hate group Focus on the Family – had a difficult time explaining away the notion that the Bible insists that gay people be stoned to death.

The best Dobson could do was claim that this command appears only in the Old Testament. “As far as I know,” he said, “there’s no place else in the Bible that tells us to kill those who don’t believe what we believe.”

“You know the Old Testament did say to kill a homosexual, to kill an adulteress, to kill a witch. You had to kill them. And if your children were rebellious and didn’t respond the first time you corrected them, you had to bring them to the elders and let them kill them. And the way I respond to that is that in the Old Covenant people couldn’t be born again. They couldn’t have their nature changed the way that we can.”

Getting all touchy-feely, Womack added that cancerous sins like homosexuality can be cured “through faith in Jesus.”

Via Right Wing Watch, have a look at Womack and Dobson get the giggles on the issue below.