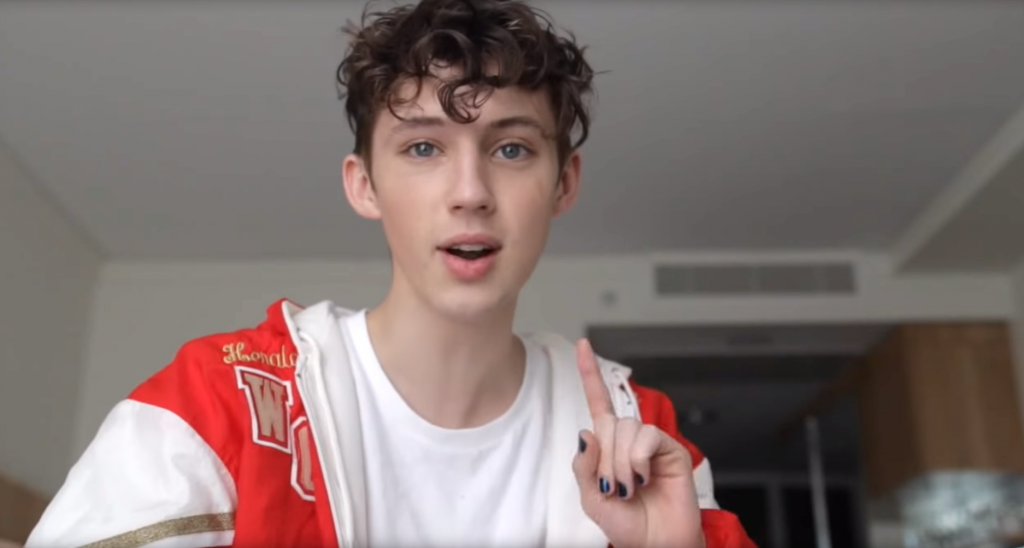 In the latest installment of his web series “Awkward Conversations with Troye”, the multi-talented Troye Sivan answers some common questions about HIV/AIDS and dispels misconceptions about the virus along the way.

“Scientists identified a specific type of chimpanzee in West Africa and they were like, you were the start of HIV in humans. The way that they think it was transmitted was when these infected chimpanzees were hunted down by humans who wanted to eat their meat and then they came into contact with the monkeys’ infected blood.”

RELATED: Troye Sivan Muses About Being Gay in New Betty Who Collaboration: WATCH

Another commonly asked question: can you get HIV from kissing? Says Sivan,

“While you can’t actually get HIV from saliva, there is a small chance that if you’re doing some serious deep, open mouth kissing with someone whose gums are maybe bleeding or something like that then you could maybe get it. But chances are fairly slim.”

He also points out that HIV “can’t live outside of the human body.” In other words, “You can’t sneeze on someone and give them HIV.”

RELATED: Actor Troye Sivan Would Like to Talk to You About Sex: VIDEO

Watch Sivan answer other questions about HIV/AIDS, like the efficacy of condoms, whether condoms expire, and if you can get HIV from your cat, below: