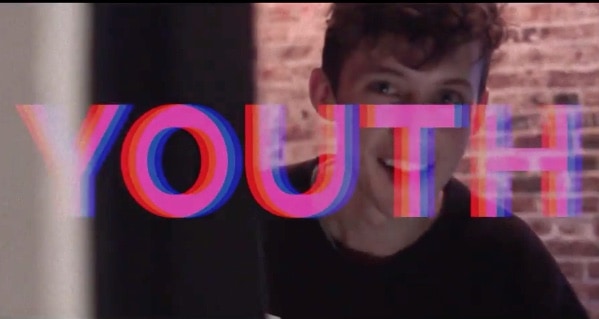 Troye Sivan is a busy man. He’s got a full-length album, Blue Neighbourhood, coming out December 4 and he just played his first ever live shows on handful of sold out dates across the U.S.

We’ve already heard many of the tracks in the video trilogy of “Wild”, “Fools”, and “Talk Me Down”.

Today, Sivan released a lyric video for the lead single off his new album, “Youth”, which consists of footage shot on his first shows. He also released a teaser for a new track called “Heaven” which features Betty Who. And, announced a whole lot more tour dates.

Says Sivan in the teaser:

“The hardest person to come out to for me was myself. When I first started to realize that I might be gay, I had to ask myself all of these questions. These really, really terrifying questions. Am I ever gonna find someone? Am I ever going to be able to have a family. If there is a god, does that god hate me? If there is heaven, am I ever going to make it to heaven. And those were really, really scary questions for a 14-year-old.”

Added Sivan on YouTube: “‘Heaven’ is one of the most personal songs on the album. hope you guys love it. wanna say thanks to the incredible Betty Who, Jack Antonoff, and Alex Hope for their work on this song. love u guys.”

And here’s the lyric video for “Heaven”: