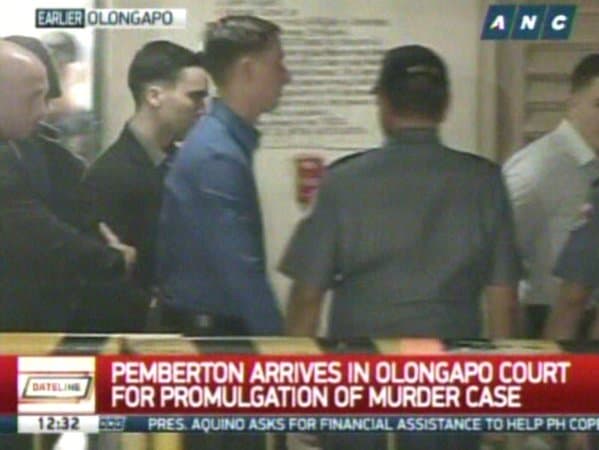 US Marine Joseph Scott Pemberton was found guilty on Tuesday of killing a transgender Filipina woman he met while stationed in the Philippines. Pemberton attempted to use a ‘trans panic’ defense in his trial, saying he feared the trans woman, Jennifer Laude, would rape him after he discovered she was transgender. 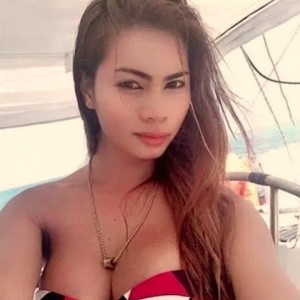 Lance Corporal Joseph Scott Pemberton was convicted of homicide by first strangling Jennifer Laude and then dunking her head into a toilet bowl in the hotel they had checked into after meeting in a disco bar in Olongapo city, northwest of Manila. He was sentenced to 6-12 years in jail, with time spent in detention credited, said court clerk Gerry Gruspe.

Laude’s mother, Julita, said that while she was happy the verdict detailed everything that had transpired, she was not pleased with the jail term because she had hoped Penderton would be found guilty of murder, a graver crime.

Pemberton, an anti-tank missile operator from New Bedford, Massachusetts, was one of thousands of American and Philippine military personnel who participated in a joint exercise last year. He and a group of other Marines were on leave after the exercise and met Laude and her friends at a bar in Olongapo, a city known for its nightlife located outside Subic Bay, a former U.S. Naval base. At least two witnesses testified that Laude was a sex worker.

Pemberton’s trial was watched closely by left-wing activists in the Philippines who wanted to make sure that, if convicted, Pemberton would be jailed in a Filipino jail rather than an American one.

Watch a news report on Laude’s killing and Pemberton’s trial, below:

Previous Post: « Planned Parenthood Terrorist Was Not Transgender, County Clerk Confirms
Next Post: LGBT Groups May Get Another Crack At Countering Trans Bathroom Myth In Anchorage »