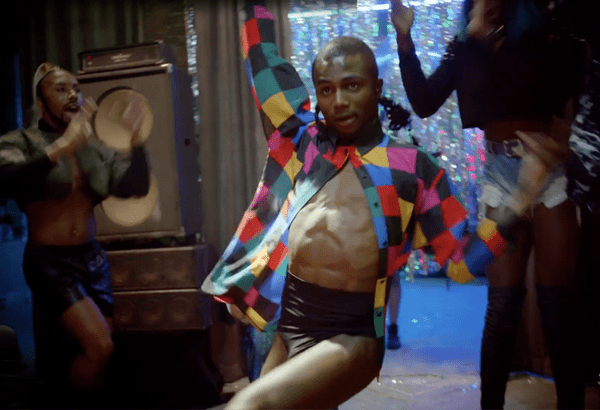 Male grooming brand Axe has just debuted a new ad showing off a more mature side of the company that first became famous for promoting the adolescent “Axe Effect.”

Rather than trumpeting being a good-smelling babe-magnet as the paramount of masculinity, this latest ad campaign, titled “Find Your Magic”, praises maleness that is unique and varied. The ad shows off a host of men ‘doing their own thing.’ An announcer concludes the ad by declaring, “Who needs some other thing when you got your thing, now work on it.” The idea here is that the most important asset you possess is not a 6-pack but rather that intangible thing that makes you uniquely “you.”

Among the men exalted for their individuality in the ad is a Vogue-ing queen killing it in heels (above) and a gay indie music geek who finds love in his local record store.

The new positioning came out of research conducted by the brand that found not only do women overwhelmingly find men more appealing when they are “being themselves” but also that only 15% of men in most countries would define themselves as attractive. In order to try and work on this figure, Axe’s new campaign – and tagline ‘Find Your Magic’ – wants to encourage young men to be confident in their individuality, whatever form it may come in.

Unilever said in a statement that in the campaign, for its new grooming range, it wants to shake off “outdated views of masculinity.” According to Matthew McCarthy, senior director, Axe & Men’s Grooming for Unilever, “Masculinity today is going through seismic changes. More than ever, guys are rejecting rigid male stereotypes. We’ve been part of guys’ lives for decades, and Axe champions real guys and the unique traits that make them attractive to the world around them.”

72andSunny Amsterdam Executive Creative Director Carlo Cavallone added, “With Find Your Magic we’re out to liberate guys from pressure and bullshit, and empower them to be the most attractive men they can be — themselves.”

Watch the ad below: