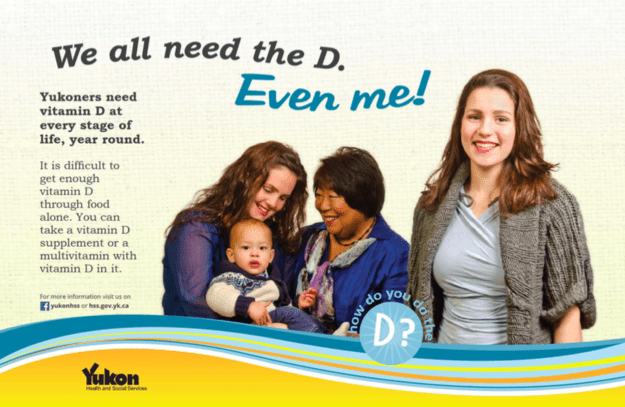 A new ad campaign out of Canada is drawing attention over a series of slogans that focus on “the D.” “The D” they’re referring to is vitamin D, an essential vitamin that helps enhance absorption of calcium, iron, magnesium, phosphate and zinc. However, the phrasing used by Health and Social Services in The Yukon suggests, well, a different “D.”

Perhaps the most memorable ad from the campaign shows a mom (above) underneath a peppy slogan that reads, “We all need the D. Even me!”

Other headlines used in the campaign were just as unintentionally hilarious. One reads, “Need a little help…with your daily D?” That slogan was paired with the image of a woman looking shocked by a plate heaped with fish and accompanied by eight glasses of milk. 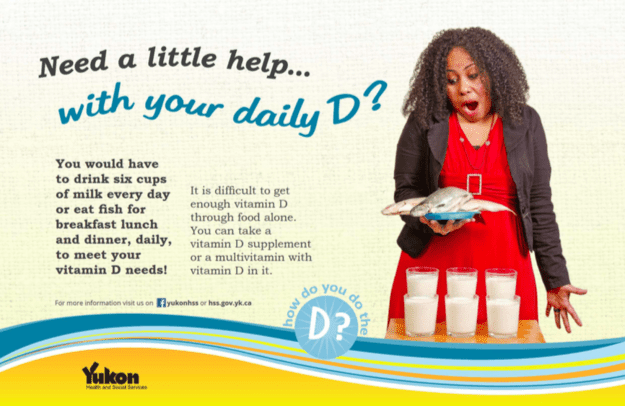 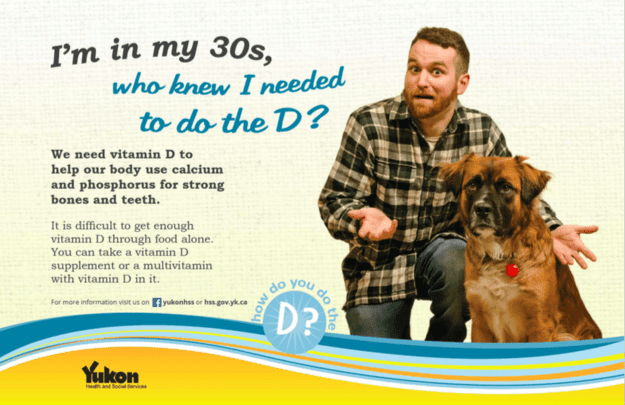 Let’s get one thing clear: the need for the D defies age.

BuzzFeed Canada reports that after all the attention the ads received, Yukon’s Health and Social Services has decided to remove the ad. They also knew (to some extent?) the meaning of “the D” in slang before going forward with the ad campaign:

A spokesperson for the Department of Health and Social Services told Yukon Newsthey knew “the D” was slang for sex when they used it in the ads.

“We knew it was an innuendo for sex,” said Pat Living. “We did not realize that it was as crude as it is now being purported to be.”

Living confirmed they have removed all of the ads, including some than ran inside local busses.

Previous Post: « Rostam Batmanglij Leaves Vampire Weekend, Says His Musical Identity ‘Needs to Stand on His Own’ – VIDEO
Next Post: Oklahoma May Have Just Set a Record for Most Anti-LGBT Bills Ever in Any State »