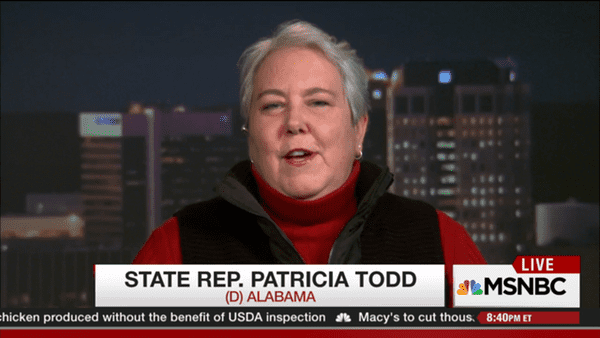 Said Todd of Moore’s move against equality, “Alabama’s a little slow to catch on, I guess. I’m not sure why he decided this order today but he’s wrong and my response is, get over it. You lost.”

Hayes was just as baffled by Moore’s decision, asking Todd, “Am I right that this essentially came out of nowhere?” Todd replied, “Exactly. I’m not sure what prompted him to do this today. I guess maybe he needs to raise more money for his foundation to pay his family members.”