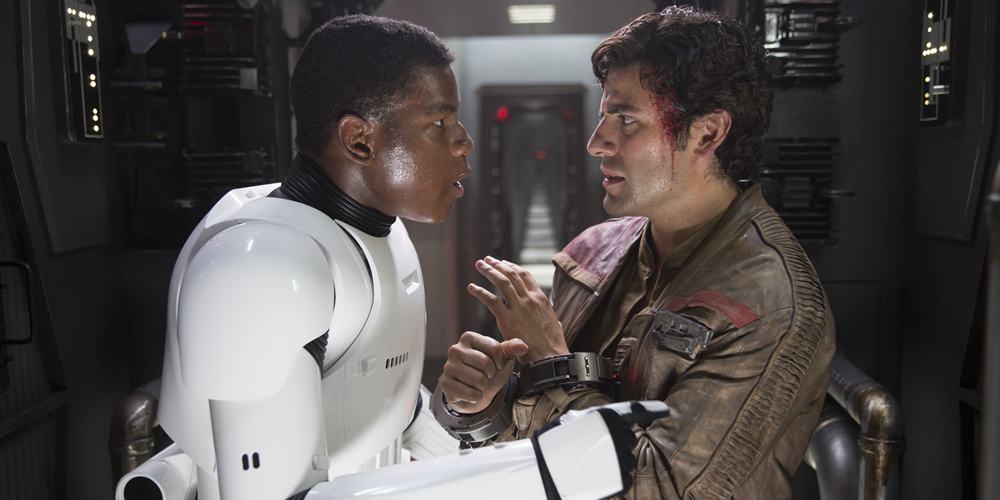 Slash fiction focusing on the relationship between Finn and Poe popped up after The Force Awakens debuted and fans noticed a considerable amount of bromantic chemistry brewing between the two rebel fighters.

There was one scene in particular, complete with “the lip bite that launched a thousand ‘ships”, that garnered attention.

And despite that lip bite, and Isaac saying he played Poe’s relationship with Finn as a romance, Boyega told journalist Chris Mandle in a yet-to-be published interview that the romance “is not canon and it only exists ‘in Oscar’s head.'”

Mandle, knowing how closely the Finn/Poe romance has been followed, could not wait until his interview was published to share the sad news. He took to Twitter to break our hearts.

Support groups will likely be set up in the coming days to help fans cope with this tragic news.