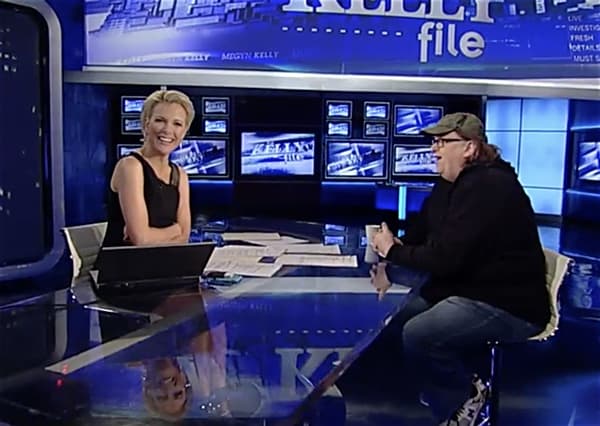 Michael Moore showed up at FOX News for an interview about his new movie Where To Invade Next but turned the tables on Megyn Kelly and would not stop asking her about shutting down Donald Trump.

Trump, as you may know, is refusing to participate in this week’s FOX News Republican debate because of his animus with Megyn Kelly, who he is deeming a “lightweight.”

“What does this feel like for you?” Moore asks. “You don’t want to be the story. You’re the journalist!”

“I’m here for you. You just didn’t deserve to be treated this way. You have done something that Jeb Bush, Chris Christie, Rubio, Cruz, none of them have been able to do, which is essentially frighten him, make him run, shut him down. Everybody’s tried to do this for months and YOU DID IT!”

Kelly finally gets Moore to start talking about Obama’s term in office and what Moore is not happy about, but the topic soon returns to the one Moore wants to discuss: