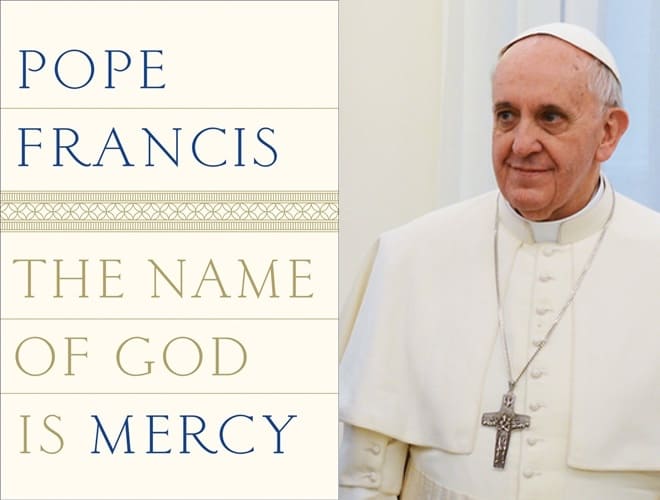 In a new book set for publication on Tuesday, Pope Francis explains for the first time the remarks about gays he made to reporters aboard a plane from Brazil to Rome in 2013.

The Pope was asked how he would respond to learning that a cleric in the Catholic Church was gay, but not sexually active. “Who am I to judge a gay person of goodwill who seeks the Lord?” the pontiff replied. “You can’t marginalize these people.”

Now, in The Name of God is Mercy, a conversation with journalist Andrea Tornielli, Francis elaborates on those remarks according to National Catholic Reporter:

“On that occasion I said this: If a person is gay and seeks out the Lord and is willing, who am I to judge that person? I was paraphrasing by heart the Catechism of the Catholic Church where it says that these people should be treated with delicacy and not be marginalized.”

“I am glad that we are talking about ‘homosexual people’ because before all else comes the individual person, in his wholeness and dignity. And people should not be defined only by their sexual tendencies: let us not forget that God loves all his creatures and we are destined to receive his infinite love…I prefer that homosexuals come to confession, that they stay close to the Lord, and that we pray all together. You can advise them to pray, show goodwill, show them the way, and accompany them along it.”