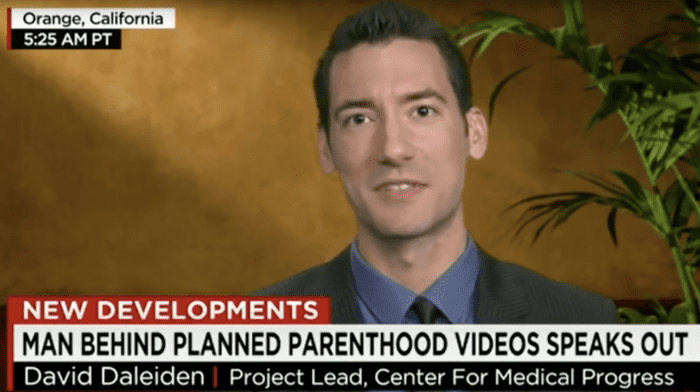 Planned Parenthood recently scored an unexpected win. A grand jury had been looking into the baseless allegations that the women’s health organization violated laws as allegedly depicted in several highly edited videos recorded by an undercover right-wing activist, David Daleiden. Instead of handing back indictments against Planned Parenthood, the grand jury, which, it is joked, could “indict a ham sandwich,” returned indictments against Mr. Daleiden and his accomplice. 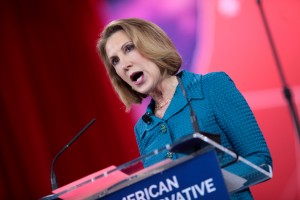 It is clear that anti-choice activists are using many tools in an expanding arsenal to attack a woman’s right to choose. One of those weapons is lying. And conservative Republican leaders, most notably Carly Fiorina, eagerly pick up those lies for their own benefit.

Another strategy is more subtle: invasions of privacy. Even more important is that fact that the only reason why this strategy can sometimes work is because some American courts have a myopic view of privacy. We need to change that.

Many are familiar with the anti-choice movement’s traditional tactics: lobbying state governments for tighter restrictions on women’s health options, attacking doctors who help women terminate their pregnancies, and protesting in front of women’s health clinics. The Supreme Court has made the protest option very easy: Last year, the Court struck down a Massachusetts law that created a buffer zone around abortion clinics to prevent protesters from harassing women seeking health options.

But the anti-choice movement is updating its tactics for the twenty-first century. Some extremists have gone as far as to hack into hospital databases to snoop on and release information about women seeking abortions.

A more subtle yet no less invasive strategy is also taking hold among anti-choice groups. For several years, activists have sought to use state freedom of information laws (also known as “sunshine” or “public records” laws) to gather information about abortion clinics, doctors, and even patients. They then turn around and use that information to file complaints with regulatory authorities based on what they learn, or more accurately, based on what they think they see in the data.

As The Washington Post has reported, an activist in Washington State has used that state’s public records law to collect information about the women who have terminated their pregnancies around the state, including, “age and race, where she lived, how long she had been pregnant and how past pregnancies had ended. He also wanted to know about any complications.” Washington’s health department, like those in other states, collected this and other vital information statistics as part of the normal course of ensuring the health and welfare of its citizens.

The danger does not lie in the mere collection of these data. Rather, it lies in a misuse of sunshine laws for an anti-choice crusade that results in invading the privacy of vulnerable women. And this isn’t idle speculation.

Consider the story of Dr. Shelly Sella, a former colleague of the slain Dr. George Tiller and one of the few doctors in the country who openly perform late trimester pregnancy termination procedures. Although eventually exonerated of any wrongdoing, Dr. Sella became the subject of an investigation after a group of anti-choice activists used New Mexico’s open records law to obtain transcripts of a 911 call about complications following an abortion performed by Dr. Sella. The 26-year-old woman at the center of the story was not part of the complaint, but her “medical treatment, mental state, her religion, where she lived and family status became public record in transcripts from a three-day hearing where a board prosecutor accused Sella of gross negligence.”

These tactics are aimed at discouraging women from seeking pregnancy termination options for fear that intimate details–of their medical histories, marital status, and sexual background, just to name a few–will become matters of public record at hearings or trials. The weapon isn’t a megaphone or a firebomb, but its subtlety belies its sharpness. There are few events that make someone feel more victimized, more alone, more vulnerable than an invasion of privacy. Sticks and stones can bounce off a veneer, but an invasion of privacy is an attack on a person’s core, on the trust he or she has in others and in the value he or she sees inside. So it is no wonder that crusaders who think women who exercise their rights and the doctors that help them are “criminals” would seek out the sharpest knife in the drawer.

Sunshine laws should arguably not even apply in these contexts. The activists’ goals are clearly aimed at the women seeking abortions and their doctors; the connection to open government is an incidental and coincidental nexus providing ex post legitimacy to their tactics.

In the Washington State example, information will not be released under the state’s public records law if doing so would invade individual privacy: “disclosure of information about the person: (1) Would be highly offensive to a reasonable person, and (2) is not of legitimate concern to the public.” It is hard to imagine that releasing personal information about a woman seeking an abortion would not be offensive to a reasonable person. But the reason some courts don’t think so is because they have a myopic view of what is public and what is private. Some suggest that information known to even one or just a few others is no longer protectable as private. And besides, the argument goes, no injury can come to anyone from the release of someone’s age and city of residence.

This is two errors in one. First, it is wrong to limit privacy to mere secrecy; there has to be some way to protect our privacy even if some other people know some of our information. Second, focusing on a single bit of data misses the forrest for the trees. The aggregation of personal data, not to mention the misuse of sunshine laws to make it happen, invades the privacy and liberty of all.