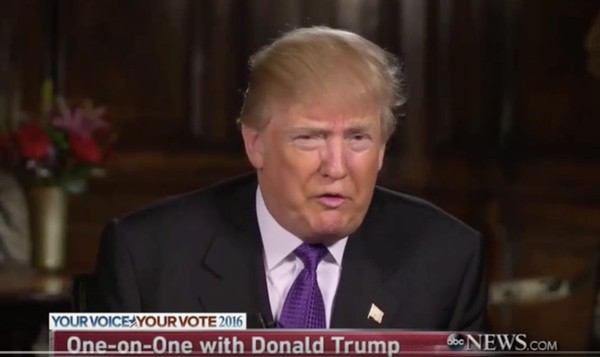 Donald Trump suggested he was questioning Marco Rubio’s eligibility to be president when he retweeted an article suggesting both Ted Cruz and Rubio are ineligible.

George Stephanopoulos asked him about it. Said Trump:

“This is a pattern. This is a game he plays. He says something that’s edgy and outrageous and then the media flocks and covers that. And then no one else can get any coverage on anything else. And that worked where there were 15 people running for president. It’s not going to work anymore. I’m going to spend zero time on his interpretation of the Constitution with regards to eligibility.”