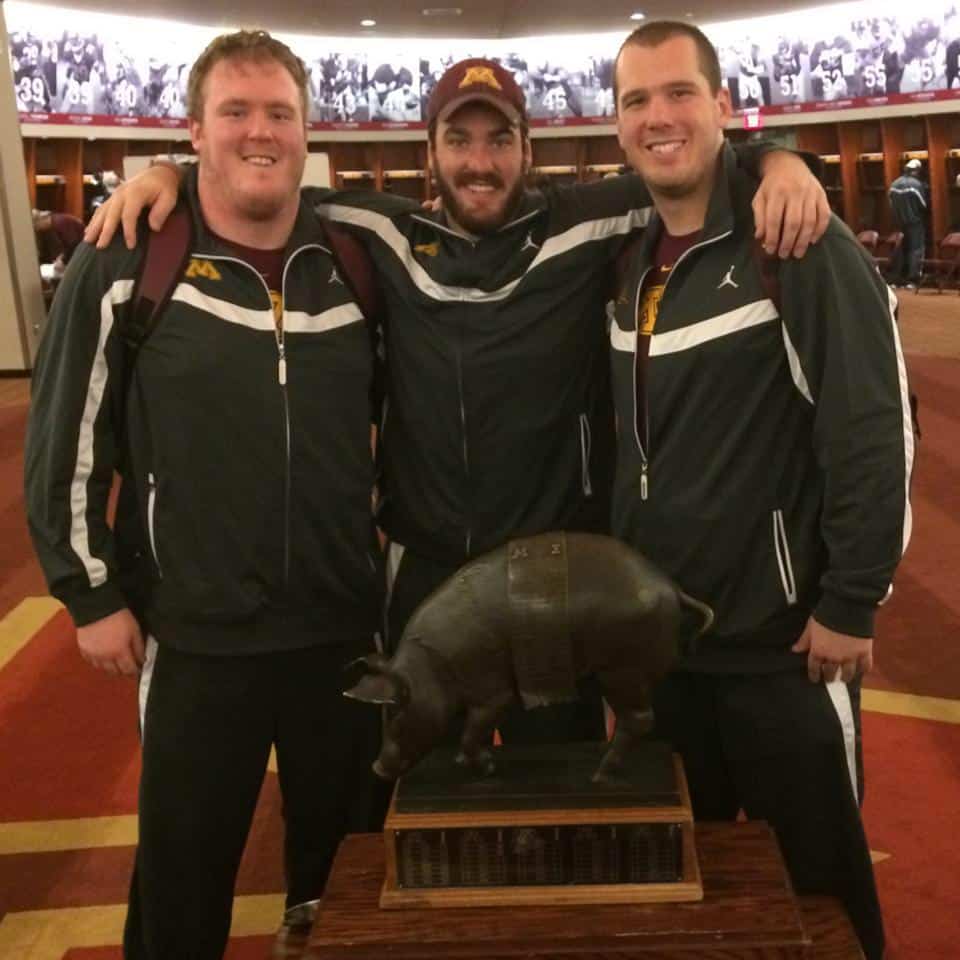 Former University of Minnesota offensive lineman Luke McAvoy (above right) has come out as gay in a letter published on OutSports, describing how he struggled with his sexuality for years but ultimately was accepted by friends, teammates and family.

McAvoy, 23, graduated in 2014 and came out to his teammates that year. However, McAvoy first came out to his mother when he was a senior in high school. At the time she told him, “Hide it, whatever you do, hide it.” McCoy says he “was crushed” by her response:

I do not think I have ever cried as hard as I did that week. Three days after I told her, Mom had the first of seven strokes that year. She no longer remembers that conversation, but it has stuck with me. I completely trusted her, so I heeded her advice and hid it. Hiding who I was became my obsession — any hint of being gay was avoided, any conversation that may be considered gay did not include me. I became reserved, I became a fake. That year I was elected as homecoming king. I was convinced that people did not like me for me, but for the person I acted as. I was living a life I had only dreamed about before, and could not enjoy it. I was worried about maintaining the facade.

McAvoy would live the next four years of his life carefully watching his words and his behavior so as to avoid any suspicions about his sexuality. But the burden ultimately became too much to bear:

That was the night that Michael Sam came out. I am incredibly grateful to him. Selfishly he allowed me a chance to judge my friends’ reactions before really telling them. It took another two days until we could all sit down together and chat. On Feb. 11, after team training table, Alex and another tight end on the team and I all got in my car and drove down to the River Flats area of Minneapolis, where we could just park and talk. […]

When we got to the flats I parked the car and we sat for what seemed like hours. Finally, Alex just asked, “What did you want to tell us?”

I tried to respond but I couldn’t say anything. My mouth simply would not form the words. “I’m … I’m gay,” came my whisper. I was ready for them to go off, to demand to go home. I expected them to disown me. None of that happened. Instead, I heard, “that takes balls, man” and “I am proud of you.” 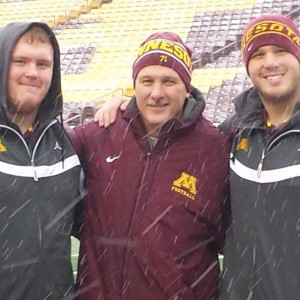 McAvoy says hearing his teammates be supportive brought him to tears. He adds that not everything was perfect on the remainder of his coming out journey. Some teammates took time to adjust and others outright ignored him after he came out. However, the most daunting task he faced was coming out to his twin brother, also a member of the University of Minnesota football team:

It sounds silly, but I knew if my friends rejected me I could deal with that.  But if he did, I couldn’t. I needed more confidence in myself before I told him. He was totally accepting and that made me feel like the luckiest person in the world.

McAvoy now says of his time living life in the closet, “The only thing I should have been afraid of was what was in my own mind.”

He says his only regret from his happy years at Minnesota is that he wishes he came out sooner:

The reality was so much better than I ever imagined. When I was hiding and full of fear, I would imagine coming out and it always ended with rejection, hate or loneliness. I did not once expect it to go OK. In reality, it went great. I was surrounded by people who cared and supported me.

My coming out experience taught me that the fear I grew up with about being gay doesn’t need to exist anymore. Yes, there is still discrimination against the LGBT community. Yes, I have lost some friends and family members. But, I believe times are changing, things are getting better. It is our responsibility to not let fear stop us.

I am proud of who I am. I am happy being the man I was born to be.