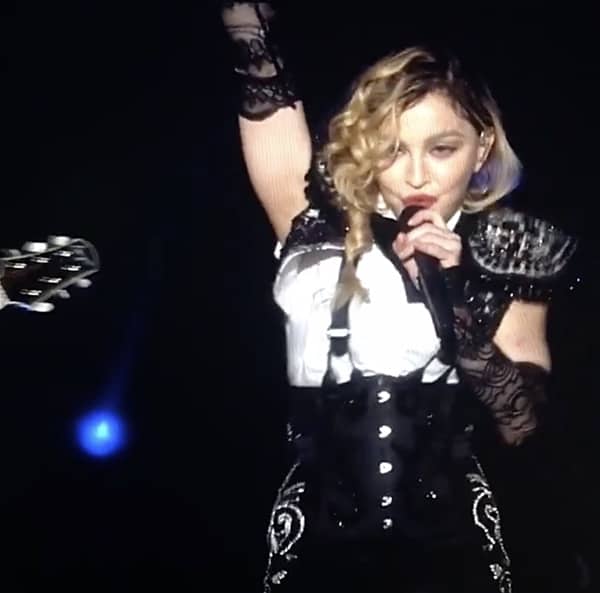 On tour in Taipei, Taiwan yesterday, Madonna dug into her greatest hits collection and pulled out her longest-running #1 single on the Billboard Hot 100, 1994’s “Take a Bow”.

It was the third time she had performed it live, and the first since 1995’s Sanremo Festival. It was also the first time she has ever performed the track on tour.

While it was a bit rusty in places, fans certainly didn’t mind: