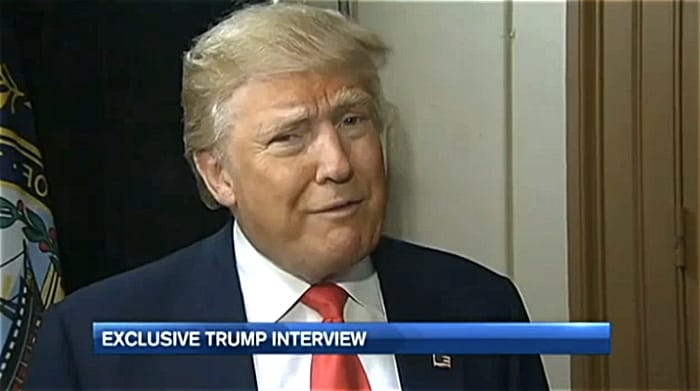 Donald Trump gave an interview yesterday to a lesbian reporter at NECN who asked him, “When President Trump is in office can we look for more forward motion on equality for gays and lesbians?”

Other topics included showing some heart on the campaign trail, going to a mosque, getting specific on issues, and the heroin problem in New Hampshire.