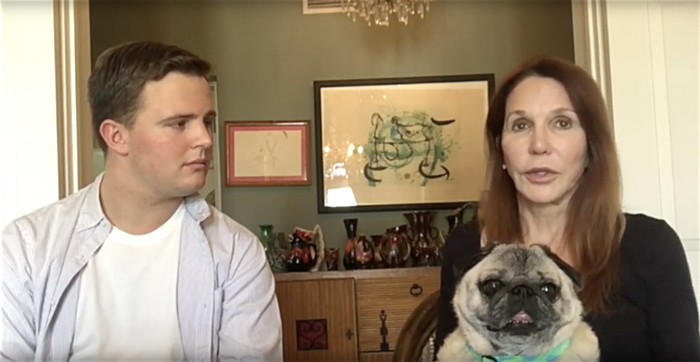 Duke Mason sat down with Ronald Reagan’s daughter Patti Davis to talk about her new book The Earth Breaks In Colors, how Republicans are co-opting her father’s name, and what her thoughts are on his handling (or lack of handling) of the AIDS crisis while he was president.

Said Davis, when asked what she thinks of how Trump and Cruz invoke Reagan:

“I think what we’ve seen is that facts don’t seem to matter My father supported immigration. He would certainly not be saying Muslims should register and let’s shut the door. He would never say that. He wouldn’t be saying ‘let’s build a huge wall and have Mexico pay for it.’ And send them all back, send millions of people back. In fact he did quite the opposite. They invoke his name but they sort of bypass who he was and what he did.”

And on the subject of AIDS and the Reagan legacy, Davis said:

“I’m not gonna make excuses for the failure of his administration to address the AIDS crisis when it was going on. It was a failure. And it hurts my heart that that happened on so many levels. One of my father’s flaws was that he delegated authority to other people and relied on them to give him the appropriate information on things. Presidents get briefings every morning…So they do rely on people to bring them information on what’s going on and there were people around him who did not want him dealing with the AIDS crisis. I’m not making excuses for him. I’m saying that’s a flaw of his, and in this case it turned out to be a really tragic flaw. He didn’t really know the extent of what was going on until Rock Hudson died.”