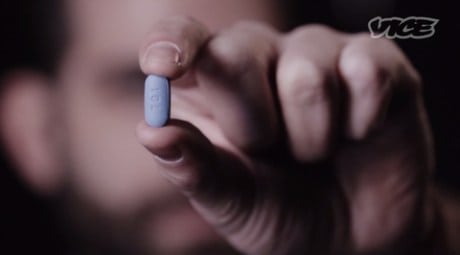 A gay man has reportedly contracted HIV despite being on a daily regimen of Truvada, also known as preexposure prophylaxis (PrEP).

Researchers studying the case believe that the man was adhering to his PrEP regimen at the time he seroconverted. However, the strain of HIV which he came into contact with was resistant to tenofovir and emtricitabine, the two main drugs in Truvada.

Researchers have for the first time documented a case of an individual contracting HIV, a multi-drug resistant strain, while apparently adhering well to the daily regimen of Truvada (tenofovir/emtricitabine) as pre-exposure prophylaxis (PrEP). The scientists concluded that it is indeed possible for individuals who are adherent to PrEP to contract HIV when they are exposed to a virus that is resistant to both drugs included in Truvada. […]

Evidence suggests that the individual in question, a 43-year-old man who has sex with men, adhered well to PrEP over the long-term. Nevertheless, after 24 months on Truvada he tested positive for HIV. Initial tests indicated that he was acutely (very recently) infected: He tested positive for the p24 antigen, which appears within about three weeks of HIV infection and disappears a few weeks afterward; and at that time he tested negative for HIV antibodies, which typically appear two to eight weeks after infection. […]

Pharmacy records indicated that the man in the case study had consistently filled his Truvada prescription on schedule. Dried blood-spot testing on a sample taken 16 days after he tested positive for HIV indicated that he had adhered well to Truvada during the previous one to two months, a period that overlapped with the estimated time when he contracted the virus.

Since being diagnosed, the man in the case has successfully suppressed his viral load thanks to alternate HIV medications [Tivicay (dolutegravir), Prezcobix (darunavir/cobicistat), and Edurant (rilpivirine)].

PrEP has proven remarkably effective (up to 99%) in stopping the transmission of HIV according to scientific studies. However, this case of seroconversion does show that the drug is just like any other drug in that it is not 100% effective.

He added, “This case demonstrates that while PrEP is beneficial, we can’t rely on it to be an infallible magic bullet.”