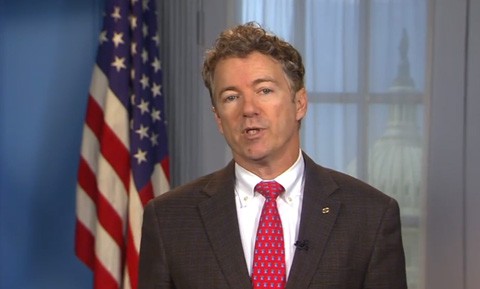 Kentucky Senator Rand Paul today suspended his campaign for president after finishing fifth in the Iowa caucuses, releasing this statement:

It’s been an incredible honor to run a principled campaign for the White House. Today, I will end where I began, ready and willing fight for the cause of Liberty.

Across the country thousands upon thousands of young people flocked to our message of limited government, privacy, criminal justice reform and a reasonable foreign policy. Brushfires of Liberty were ignited, and those will carry on, as will I.

Although, today I will suspend my campaign for President, the fight is far from over. I will continue to carry the torch for Liberty in the United States Senate and I look forward to earning the privilege to represent the people of Kentucky for another term.

Paul is running for senate in Kentucky. 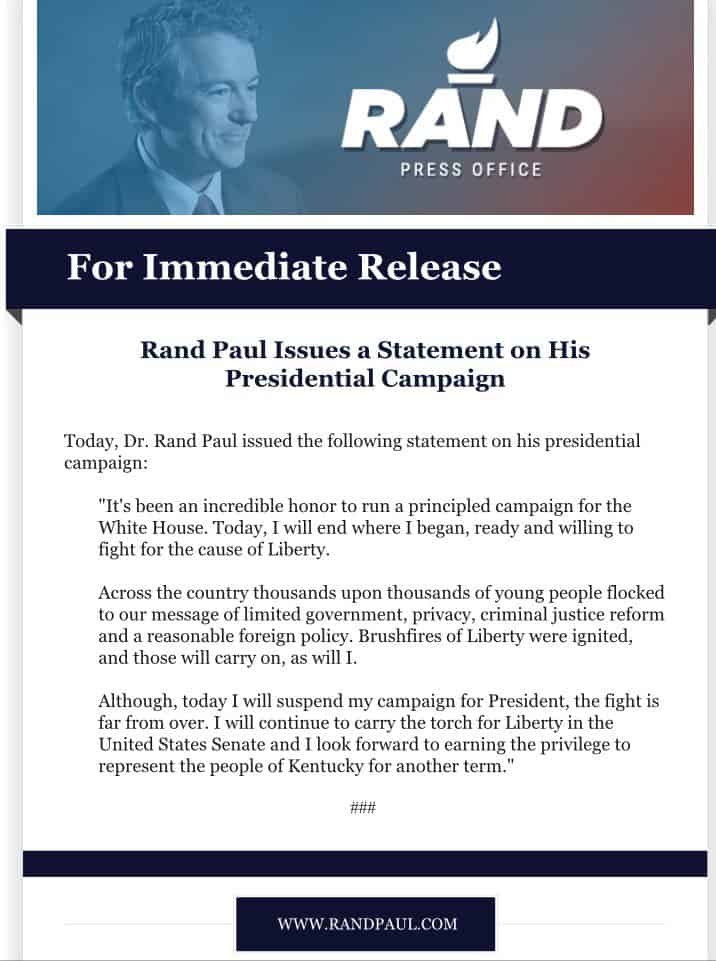