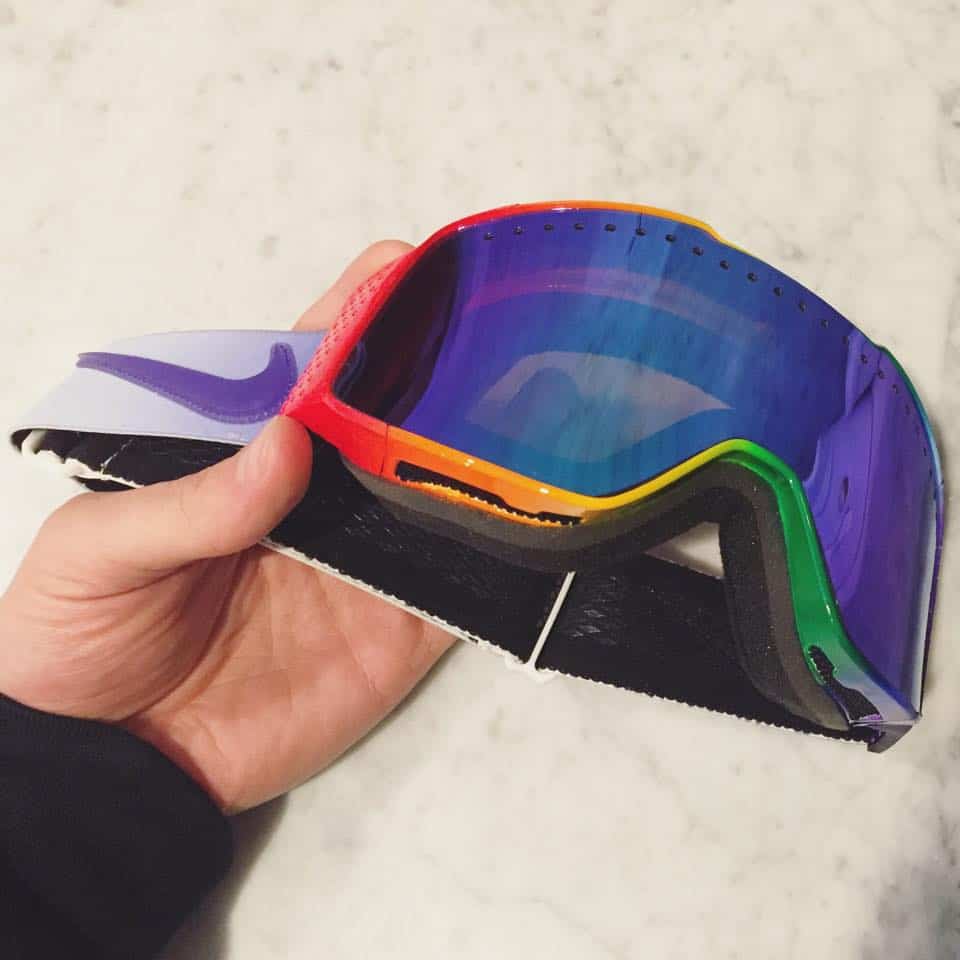 Nike has become known over the years for its support of LGBT athletes, particularly with its #BeTrue campaign. The company also recently dropped boxer Manny Pacquiao over his hateful anti-gay comments.

It should come as no surprise then that the sports apparel retailer has made an extra special show of support for out gay Olympic freeskier Gus Kenworthy, who the company has long sponsored.

The Oregon-based company sent Kenworthy a pair of custom rainbow-colored ski goggles, a photo of which the skier shared on Facebook and Twitter.

On Twitter, he said, “Thanks for the love and support, @Nike! These custom rainbow Fade goggles are

Wonder if we’ll get to see Kenworthy sport the rainbow-colored goggles at any of his upcoming competitions.