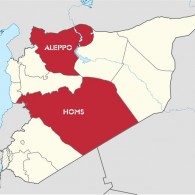 SYRIA: First Russian jets pull out after Vladimir Putin’s withdrawal order: “The deployment of Russian forces helped turn the tide of the war in the favor of President Bashar al-Assad of Syria. The sudden announcement of their withdrawal will put pressure on the government in Damascus to be more flexible in peace talks with the opposition in Geneva. The withdrawal of the Russian forces was not entirely unexpected. Mr. Putin has achieved his main goals in Syria, including shoring up Moscow’s foremost Arab ally; preventing the West from forcing a leadership change from the outside; and burnishing Russia’s image as a major player on the world stage.”

SCOTUS: President Obama nears decision on nominee: “Speculation now centers on three potential nominees, all federal circuit court judges: Sri Srinivasan, 49, who was confirmed in 2013 with a 97-to-0 vote; Merrick B. Garland, 63, a moderate who has been a finalist in Mr. Obama’s previous Supreme Court searches; and Paul J. Watford, 48, a judge on the Ninth Circuit Court of Appeals in California.”

ENDORSEMENTS: Florida Attorney General Pam Bondi endorses Donald Trump. “The endorsement, however, dredged up a nearly three-year-old question from the last time Bondi and Trump made headlines together: Why didn’t the Florida attorney general’s office investigate fraud complaints against Trump University? In the fall of 2013, Bondi was preparing for a re-election bid and a for-profit college called Trump University had just been sued by New York Attorney General Eric Schneiderman. The lawsuit alleged that Trump University had “scammed” more than 5,000 people out of more than $40 million by falsely promising to teach them the tools to Trump’s real estate success.”

ENDORSEMENTS: KKK leader claims he’s Hillary Clinton because he believes she’s fooling everybody: “She is telling everybody one thing, but she has a hidden agenda,” said Quigg. “She’s telling everybody what they want to hear so she can get elected, because she’s Bill Clinton’s wife, she’s close to the Bushes. Once she’s in the presidency, she’s going to come out and her true colors are going to show. Border policies are going to be put in place. Our Second Amendment rights that she’s saying she’s against now, she’s not against. She’s just our choice for the presidency.” … Levin told The Huffington Post that Quigg’s endorsement is garbage. “It’s not true,” Levin said. “His recent publicized change of heart stands in sharp contrast to his consistent and effusive support over the last six months for Mr. Trump. I just totally don’t buy it. Quigg is playing everybody.”

ANTI-TRUMP SUPERPAC: Real quotes from Donald Trump about women: “In the ad from Our Principles PAC, which will air through Tuesday on national cable, women take turns reading quotes from Trump calling women “dogs,” describing his preference for women with large breasts and vowing not to take part in rearing his own children.” 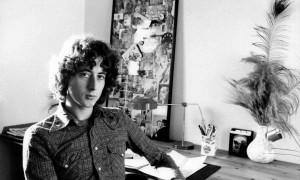 PETER TATCHELL: The leading UK gay activist on how he survived his 20s: “I accepted my sexuality and came out, becoming an activist in the Gay Liberation Front (GLF) in London. After campaigning so long for others, this was my chance to campaign against a persecution that affected me. GLF was the watershed movement for lesbian, gay, bisexual and transgender (LGBT) liberation. It changed the queer mindset for ever, from victims to victors, and moved the LGBT agenda beyond law reform to a wider social transformation. Adapting the civil disobedience tactics of the US black civil rights movement, we did protests such as staging sit-ins at pubs that refused to serve ‘poofs’ – overturning that discrimination. GLF was decades ahead of its time. It espoused a non-violent revolution in culture, critiquing heterosexual supremacism, marriage, the nuclear family, monogamy and patriarchy. Although against homophobic discrimination, GLF’s main aim was never equality within the status quo. We saw society as fundamentally unjust and sought to change it, to end the oppression of LGBTs – and of everyone else.”

UK: Gay clergyman lose discrimination claim, will appeal: “Canon Jeremy Pemberton was prevented from taking up a post as a hospital chaplain in Nottinghamshire after marrying his partner, Laurence Cunnington. Last year an employment tribunal found that Pemberton was not discriminated against, but he has said a hearing to review the decision will now take place.” 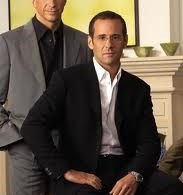 WILL & GRACE CREATOR MAX MUTCHNICK: On breaking the Beverly Hills Hotel boycott: “Does this boycott make sense? I did not want to go against my core values. Or worse, offend a Higher Power. (Elton John.) But it hit me like a rock being thrown at my face by the village baker in Brunei that, after two years, the only thing that changed at the Beverly Hills Hotel was that the hard-working staff, those least responsible for the offending action, were getting hurt the most. While a hotel representative says the employees are being compensated for lost wages, I’m dubious. We don’t know for how much or for how long.”

FILM: Carol named best LGBT film of all time: “The winner is Todd Haynes’ award-winning Carol, closely followed by Andrew Haigh’s Weekend, and Hong Kong romantic drama Happy Together, directed by Wong Kar-wai, in third place. While Carol is a surprisingly recent film to top the poll, it’s a feature that has moved, delighted and enthralled audiences, and looks set to be a modern classic.”

TECH: Leading Apple analyst predicts Apple Car will arrive in 2021 for $75,000: “Specifically, Jaffray said Apple might start showing off the electric vehicle in 2019 or 2020, with sales commencing in 2021. He added that the car will be priced at about $75,000, putting it in the monetary neighborhood of today’s base-priced Tesla Model S electric sedan. Like its other products, the car will be hyper-designed by Apple, but about 80 percent of the car’s production will be outsourced, Jaffray says. Munster is maintaining a relatively optimistic view of the upcoming EV, saying that the car has better than a 50-percent chance of seeing the light of day, although his caveat is that he was “wrong” in predicting the success of AppleTV.”

BATMAN V SUPERMAN: An 11-minute supercut, cut from all the film’s promos.

TWO HOT FOR TUESDAY: Tre Loren and his brother Torian.

Amazon is offering an incredible bundle deal today on its NX3000 Wireless Smart 20.3MP Mirrorless Digital Camera with 20-50mm Compact Zoom and Flash with an NX 50-200mm f/4.0-5.6 OIS Zoom Camera Lens and a camera bag. It’s more than 50% off at $399.99. The zoom on this camera is magnificent, it’s got a huge sensor, and the lens will offer flexibility for extreme close up shots and distance shooting. The bag holds two lenses and a camera and is of rugged, sturdy construction.