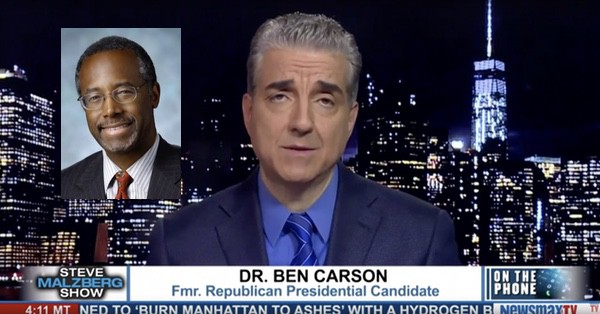 Ben Carson called in to the Steve Malzberg show on right-wing Newsmax radio to talk about his endorsement of Donald Trump, and not surprisingly, it was weird.

Carson told Malzberg that his decision was “practical” rather than “personal” and he would have preferred another candidate:

He added that if it turns out that Trump sucks, we only have to deal with him for four years:

“Even if Donald Trump turns out not to be such a great president, which I don’t think is the case, I think he’s going to surround himself with really good people, but even if he didn’t, we’re only looking at four years as opposed to multiple generations and perhaps the loss of the American dream forever.”

And then Carson, whom Trump has compared to a child molester and described as “pathological”, said that he would be involved in a Trump administration but wouldn’t say if it was a cabinet position:

“He will surround himself with very good people…I will be doing things as well…certainly in an advisory capacity…We haven’t hammered out all of the details but it is very important that we work together in this country…Again, I’m not going to reveal any details because all of this is still very liquid.”