PwC has warned that such a vote will lead to high levels of social tension, discrimination, mental health and mood disorders, and will cost taxpayers and business far more than previously thought.

According to the Sydney Morning Herald, a breakdown of costs shows the vote would cost AUS$158 million ($120 million) to stage with an additional AUS$66 million ($50 million) funding the “yes” and “no” campaigns and AUS$281 million ($210 million) lost on production as people take the time to vote.

“The real costs to government, the economy and members of the community to hold a stand-alone plebiscite are more than three times higher than the numbers commonly quoted. Total economic costs have not been considered before and should be part of the debate on the best way to achieve a resolution to this issue.”

He branded a public vote “a massive waste of time and money, that will remove focus on the economy, growth, and jobs, which is the real priority for Australia,” adding that “modelling points to a parliamentary vote as the best mechanism for change.” 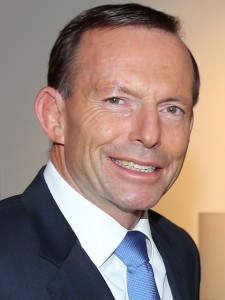 Before taking over as Prime Minister last year, Malcolm Turnbull (above) was opposed to former PM Tony Abbott’s (right) proposed plebiscite. Turnbull argued a public vote would be socially divisive and would best be dealt with via a free parliamentary vote. However, he later did a deal with hardline social conservatives in his party to adopt the Abbott model.

Pro-marriage equality campaigners are said to be confident that the required majority would be reached for a free parliamentary vote. Australian Marriage Equality national director Rodney Croome said:

“The more information we get about the plebiscite, the clearer it becomes that it’s just an incredibly costly and harmful opinion poll. It’s a sign of maturity and strength to change your mind in the face of new information. The plebiscite legislation will be a minefield of unexpected costs, unintended consequences, and complications about timing and public funding. More and more Coalition members are speaking out against a plebiscite and I encourage them to raise the issue in the party room as soon as possible.”

PwC undertook the modelling independently after joining the more than 800 organisations that have signed a corporate letter backing marriage equality.

Last month, 40 Australian religious leaders have urged the government to call off a public vote, citing fears that it could “alienate LGBTI individuals within religious communities.”

Previous Post: « What To Watch On TV This Week: ‘Drag Race,’ ‘Daredevil’ and ‘Pee-Wee’
Next Post: Ben Carson Offers Bizarre Explanation of Trump Endorsement, Says He Will Be in Administration: WATCH »