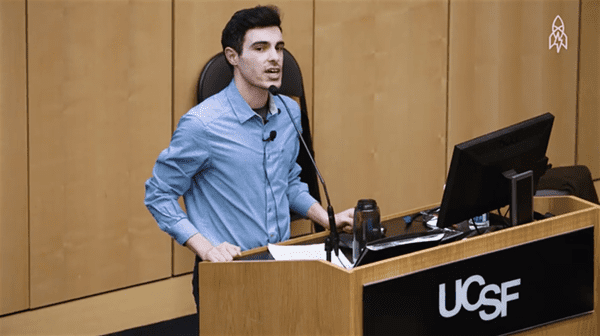 You may recall the story of Subhi Nahas, a gay Syrian refugee who fled his country because of extremists militias and family issues. In August, Nahas bravely spoke to the United Nations about the dangers LGBT people living under the yoke of the Islamic State face everyday.

“I was terrified to go out. Nor was my home safe, as my father, who suspiciously monitored my every move, had learned I was gay,” Nahas said. “I bear a scar on my chin as a token of his rage.”

Nahas now lives in San Francisco and currently works to help other LGBT refugees find asylum, peace and the strength to be themselves.

He stars in a new video profile from Great Big Story that shows Nahas in his new life in California. The video is a warm bookend to previous videos we’ve seen of Nahas speaking with US Ambassador to the UN Samantha Power about the atrocities extremist militants commit against LGBT people.