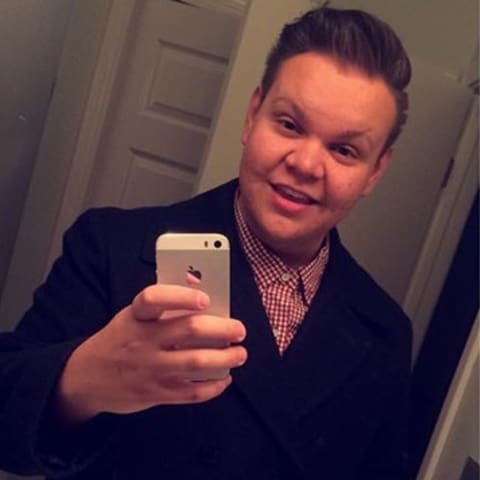 Trevor O’Brien, a 20-year-old Sioux Tribal member from South Dakota who was living in Gillette, Wyoming, was found dead in a public park on Tuesday. His car was parked nearby. Police are reporting O’Brien’s death as a suicide but also investigating reports he was bullied and the target of hate crimes.

At this time the Campbell County Coroner’s Office is not releasing any other details surrounding his death, as a full investigation is still ongoing. But his family says he had been constantly bullied for being gay, and evidence of this is still on his Facebook page when his car had been vandalized in December:

Thank you to whoever egged and chalked my car. I’ve always wanted a decal on the side of my car.

There are also photos on his profile of scratches to his face, from what appears to have been a fight. When County 17 spoke to family members Wednesday morning they stated he was severely bullied for being gay.

According to them, “no one did anything about it,” and he “felt he had no one to turn to for help.”

While Campbell County Coroner Laura Sundstrom still has yet to confirm the death as a suicide, the Gillette Police Department has reported the death as such and has begun an investigation into details surrounding the incident, including rumors of hate crimes that may have been directed at O’Brien.

In 2012, O’Brien’s mother reported that his vehicle had been damaged and defaced, referencing O’Brien’s sexual orientation. The investigation encompasses both that and anything else surrounding the death, Lt. Chuck Deaton said.

“They put a disparaging word commonly used for homosexuals on the car,” Deaton said. “Since then, we’ve never had a report made to us about any additional hate crimes and no reports from the young man.”