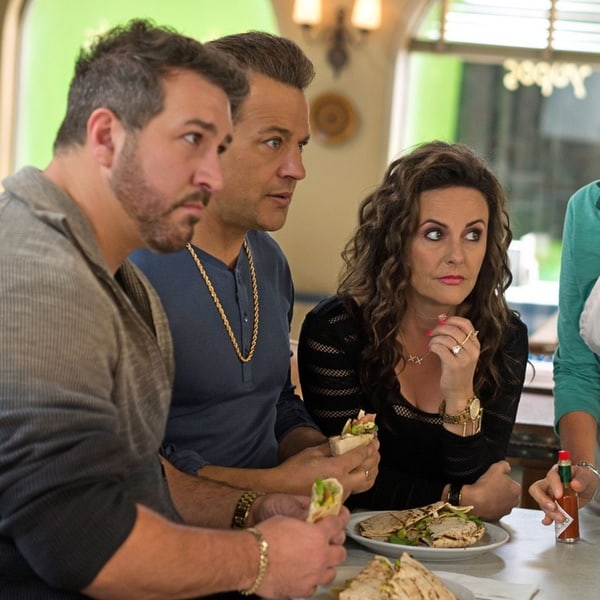 SeattlePI’s Daily Dish dropped a big spoiler about My Big Fat Greek Wedding 2, which is set for release on March 25, and it has to do with former ‘N Sync member Joey Fatone, who plays the brother of Gia Carides.

Joey Fatone’s character comes out as gay in the film and star and screenwriter Nia Vardalos said she wanted to honor the gay people in her own family and said that coming out should be treated “with a shrug and a smile:”

“Our gay and lesbian brethren and sisters are 10 per cent, if not more, of the population. When my cousins came out, the love that came at them was so intense and unconditional that I thought, ‘This is my chance to put a little message in of acceptance’.”

“It was quite an honor for Nia to give me something like that, because not many people see the non-comedy side of me and to have to deliver something like that – telling your parents you are gay – it’s a tough thing…It was an exciting thing to do and it’s from life experience – one of my best friends, him coming out…”

Fatone was likely talking about Lance Bass. Bass has talked about how Fatone discovered his secret: “Joey walked in on me with the guy I was dating just kind of sitting on my lap.”

Watch the trailer for My Big Fat Greek Wedding 2: