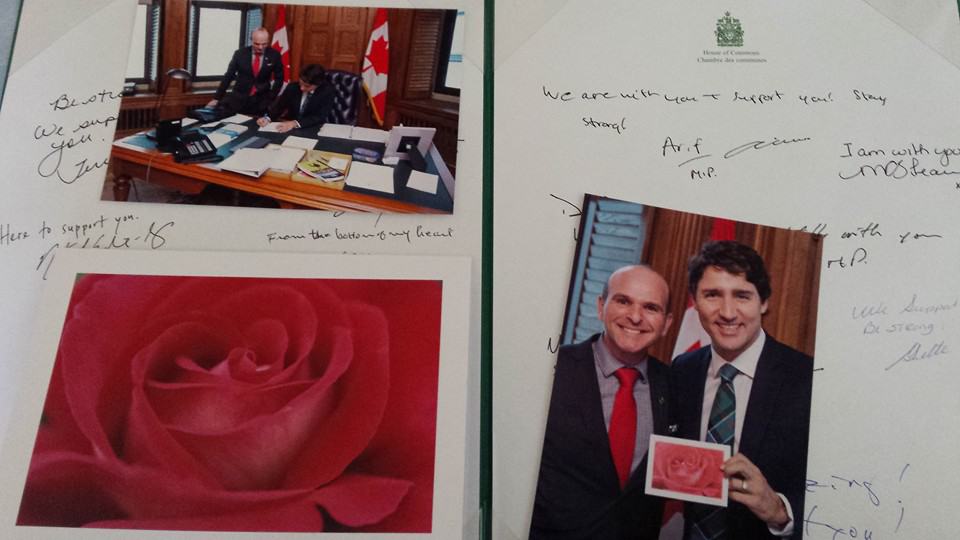 Canadian Prime Minister Justin Trudeau sent a card offering his support for Degas Sikorski, the gay 20-year-old former Party City employee who received a homophobic Valentine’s Day card from one of his co-workers.

That ‘Valentine’ read, “Faggot. You are not getting shifts for a reason.” 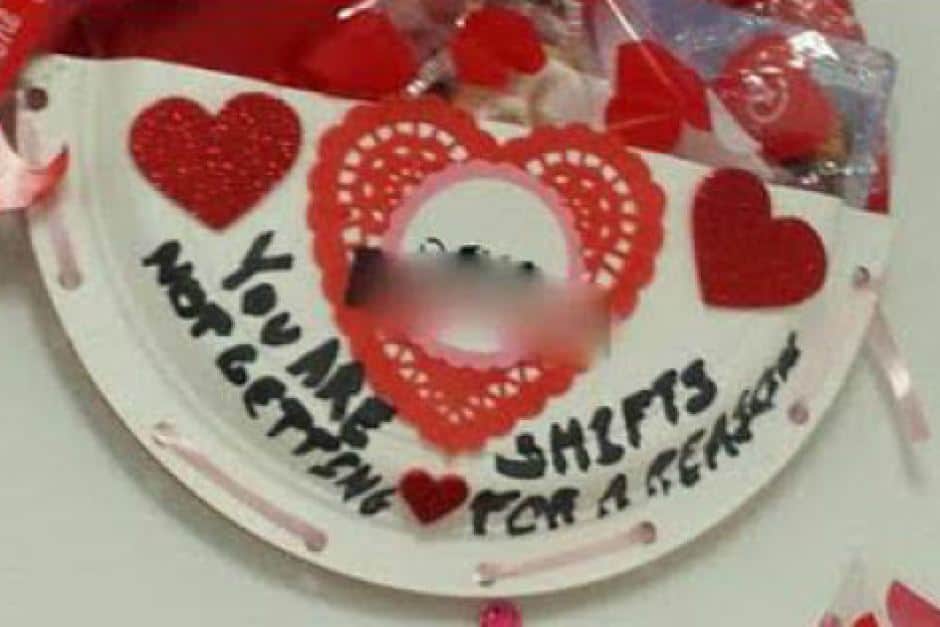 Sikorski had reportedly not received a shift in a month-and-a-half prior to the Valentine’s Day incident despite having worked for Party City for three years.

ABC News reports on how Trudeau and other lawmakers responded to Sikorski’s experience of hate in the workplace:

[…] Mr Sikorski has now been gifted a book filled with messages of support from several MPs and Cabinet ministers as well as a special floral Valentine’s Day card signed by Mr Trudeau.

“Know that your friends outnumber the haters by the millions, and I am one of those friends,” Mr Trudeau wrote.

Mr Sikorski responded by saying “it’s amazing to know I have their support”.

“I want to give him [Trudeau] a hug,” he told Global News.

Edmonton Centre MP Randy Boissonnault, who is gay himself, reached out to Mr Sikorski following the workplace attack and handed the book around Parliament Hill to collect messages of support.

Sikorski shared photos of the cards he received from lawmakers on Facebook. He says, “I also got something pretty amazing and beautiful from Liberal MP Randy Boissonnault and our Prime Minister, along with the signatures of many other wonderful people.”

Sikorski no longer works for Party City but was interviewed by their Human Resources team following the incident. At the time it was reported Party City would only say, “Party City does not condone this behaviour and is committed to creating a fair and inclusive working environment,”

Check out more photos of the notes of support Sikorski received, below. 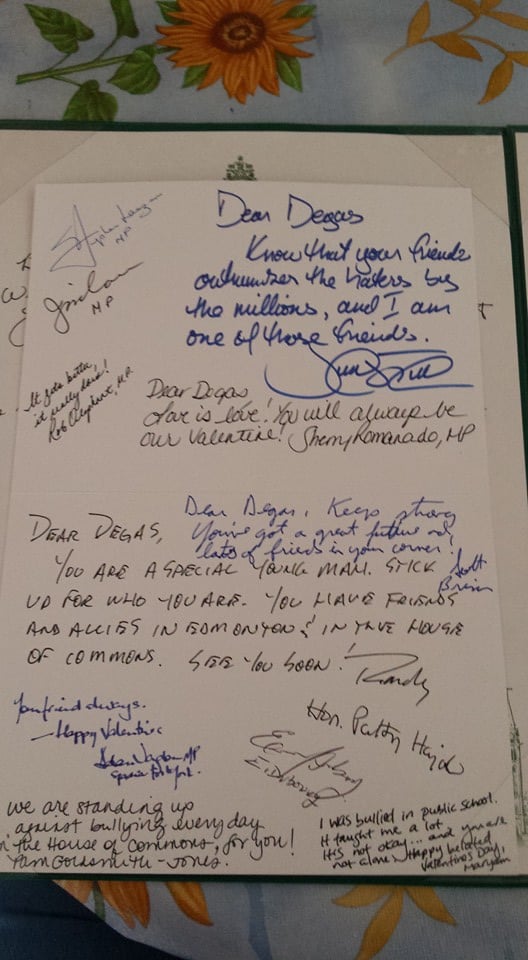 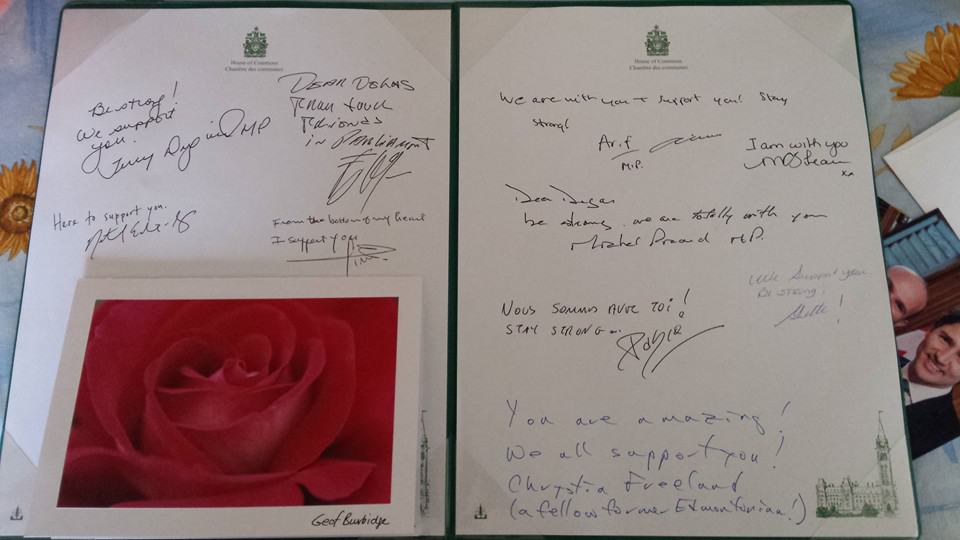 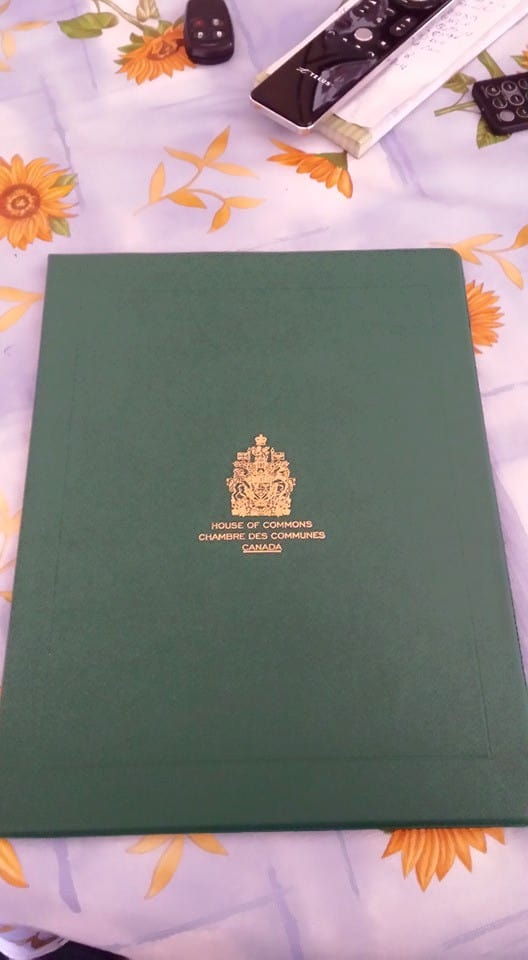 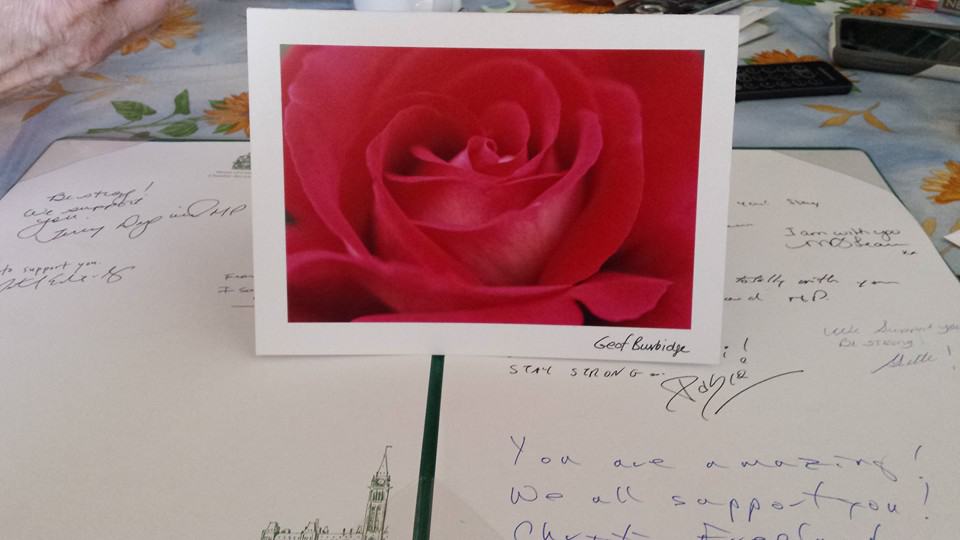 And check out a news report, here.

Previous Post: « In Indonesia, Homophobes Say the Craziest Things
Next Post: When You Let Yourself Queen Out After Gay Sex – WATCH »