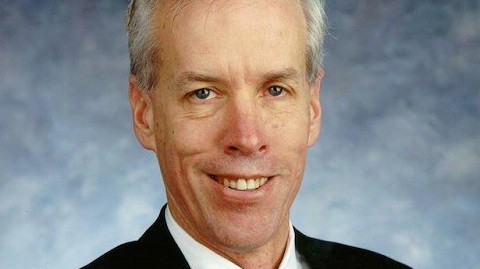 A Kentucky lawmaker has entered a “Matrimonial Freedom Act” to combat the “absolute tyranny” of the SCOTUS ruling on same-sex marriage by allowing only opposite-sex couples to enter into “matrimony.”

Introduced on Tuesday, Republican State Rep. Joseph M. Fischer’s HB 572 bill asserts that “with a firm reliance on the protection of divine Providence” “we have full power to define marriage and to establish a new institution of matrimony in this Commonwealth.”

HB 572 is a ponderous 450 pages long because once it defines “matrimony” – “the civil status, condition, or relation of one male human being (‘husband) and one female human being (‘wife’) united in law for life – it then adds the term throughout all of Kentucky law.

For example, it amends a law addressing the rights of residents of long-term care facilities, which ensures residents can have private spousal visits and and a shared room with their spouse in the same facility, by replacing the word “married” with “has entered into matrimony.”

According to Think Progress, a shorter version, HB 571, would amend the state’s Constitution to declare, “Only a matrimony between one man and one woman shall be valid or recognized as a matrimony in Kentucky.”