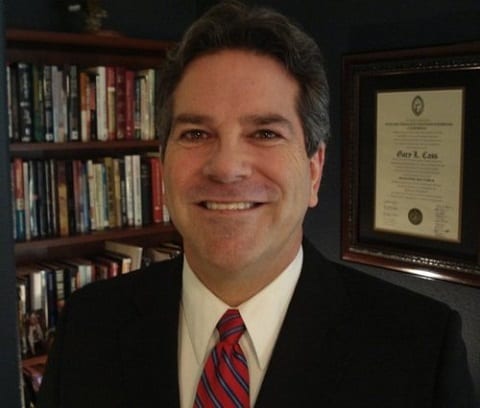 “Nullification” is the fringe idea that states have the right to annul federal directives that they believe are unconstitutional and/or unbiblical and the radio ad compares resisting the gay marriage ruling to fighting the 1798 Alien and Sedition Acts, calling on Kentucky to take the lead in nullifying “the rogue Supreme Court opinion”

Listen to the ad and read the transcript:

Congratulations Matt Bevin on being elected governor of Kentucky and for standing up for marriage. Over 74% of Kentucky voters affirmed that marriage is the union of one man and one woman, but the U.S. Supreme Court created legal chaos by issuing an unconstitutional opinion. We need principled leadership now.

It was the brave Kentucky legislature that acted first when Congress passed the notorious Alien and Sedition Acts, depriving Americans for their First Amendment right to criticize their government. The famous Kentucky Resolutions declared the unconstitutional acts void and of no force. Other states followed suit, but Kentucky will forever have the honor of being the first state to legally check an abuse of power by the federal government.

Governor Bevin, we need Kentucky to once again lead the nation. Contact Governor Bevin and urge him to protect marriage and nullify the rogue Supreme Court opinion. Visit NullifyIt.com or call (502) 564-2611.

Bevin, who backed Kim Davis to rally evangelicals behind his gubernatorial campaign, has said one of his first acts as governor of Kentucky will be to remove clerks’ names from marriage licenses.

Cass has said that the SCOTUS same-sex marriage ruling will ultimately be overturned by God:

“The good news is this ruling will ultimately be overturned. The real triune Supreme Court in Heaven has already ruled: marriage is a union of one man and one woman. We can confidently celebrate that which God has ordained because time and eternity are on our side.”

Previous Post: « This is Perhaps the Strangest Way Anyone Has Worn a Condom: WATCH
Next Post: UK Shop Offers Sexual Orientation with Christmas Merchandise in Awesome Viral Ad: WATCH »