Just over a hundred years ago the movie serial was born. The stories were divided up into small chapters and kids would return each week to the movie theater to see how the cliffhanger endings were resolved. And then they’d watch the feature presentation.

Cut to: March, 2016. Batman v Superman: Dawn of Justice is now open in theaters. There’s no serial preceding it but it is one. While Warner Bros, the studio that owns the DC heroes, has several superhero shows on television and stresses that they’re unrelated to the movies, the lines are ever blurrier betwen the two mediums. In fact, Batman and Superman actually both had movie serials in the 1940s. The most popular movies seventy years later are all what you’d call “franchises”. That’s code name for a very expensive serial which doesn’t air weekly but annually. And you have to see them in movie theaters.

With serials/franchises/TV shows you’re perpetually aware that there will be another episode. So the heroes are never really in danger; contractually they’ll be back next episode/season. But let’s not leap tall buildings in a single bound into the future. Is Batman v Superman: Dawn of Justice a worthy movie or satisfying episode on its own?

Batman v Superman begins, as anyone who loves good stories feared it would, by rehashing Batman’s origin story. You know it by heart already. It’s become the sisyphean orphan-making tragedy of pop culture. Filmmakers will continue to make us watch Thomas and Martha Wayne die over and over and over again on a grim-reaping loop.

Once the new film is done rehashing that, it moves into a lengthy “previously on” segment focusing on Man of Steel (2013) which was itself another big screen rehash of Superman‘s own excessively familiar origin story. With those two things out of the way in the first, oh, five hours of this interminable movie, it’s free to tell a new story.

What follows is a series of events in which Superman (stone-faced Henry Cavill) and Lois Lane (weary Amy Adams) get into trouble, as they do, and evil genius Lex Luthor (Jesse Eisenberg) preys on Batman’s (grim, greying Ben Affleck) natural pessimism. He plots to turn them against each other for a battle royale.

What Lex doesn’t expect and what we probably wouldn’t had we not seen clips and trailers is that it’s not so much a battle as a stare down, both actors trying to out-scowl each other in the Depressive Sweepstakes of Superhero Angst & Self Loathing.

Batman doesn’t need much of a push to get there, it being in his nature. But Director Zack Snyder and star Henry Cavill continue to fundamentally misrepresent and misunderstand Superman as a cultural icon. The original superhero is far closer to the corny retro goodness and ‘be your best self’ optimism of Captain America (fully realized and true to his essence, with no small effort, by Marvel Studios and the exceptional Chris Evans, perfectly cast). But Zach Snyder and Warner Bros are still trusting that the current obsession with anti-heroes is the way to go. That trust is misplaced.

The movie’s plot hinges on the destruction of Metropolis from the end of Man of Steel and clues us in that thousands of people died in the battle offscreen (via all those falling city buildings). Making moviegoers focus on civilian casualties in a fantasy, unless the hero is trying to rescue them, is a self-sabotaging move.

As a result, every cataclysmic moment in the fight sequences that follow, those money shots of superhero films, has you adding up possible deaths occurring out of frame from every hurtled weapon, falling structure, or giant explosion.  With both heroes gloomy duds, the color self-consciously drained out of the picture (as if to say, “we’re more serious than simpleminded comic books!”), endless ponderous shots and slow-motion details as if each scene is the climax, and distracting nonsensical dream sequences that are shot the same way as the rest of the picture, this is one sad movie. 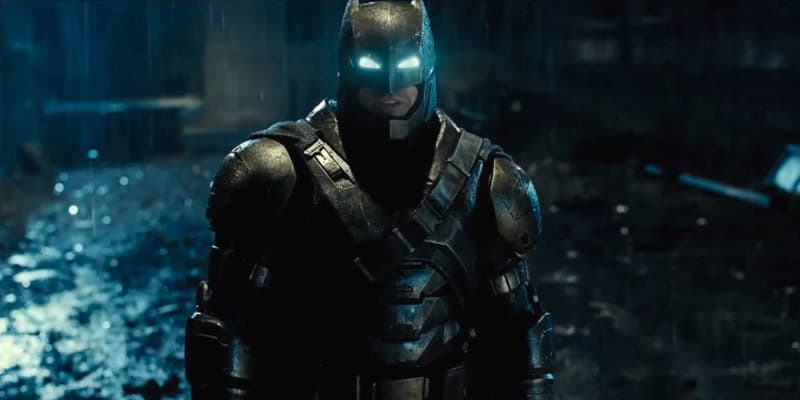 It’s left to the supporting cast to liven things up. And, to be fair, they try. Holly Hunter is terrific as a no bullshit Senator who is nervous about thee superheroes but even more suspicious of Lex Luthor. Her verbal duels with Jesse Eisenberg are riveting. Eisenberg tries his damndest, too, albeit by playing Superman’s most famous arch enemy as if he’s The Riddler by way of Batman’s Rogues Gallery. Finally, and most importantly, there’s Gal Gadot as the long-awaited Amazon superheroine. (She’s magnetic but she doesn’t have much “acting” to do just yet.)

Just over a hundred hours into this depressing movie, Wonder Woman is born. Figuratively speaking. (Can you believe we’ve never had a Wonder Woman on the big screen before?) Her arrival is telegraphed in multiple scenes where she appears as a mysterious goddess in evening wear. We are blissfully spared an Origin Story (for now).

Even the heretofore unremarkable but bombastic score by Hans Zimmer (in collaboration with Junkie XL who scored Mad Max Fury Road last year) knows that this is the moment people will remember. The music is suddenly energized rather than bombastically sour, shifting keys into something abruptly sharp, even taunting, if you’ve dared to fall asleep. (If so, no one blames you). 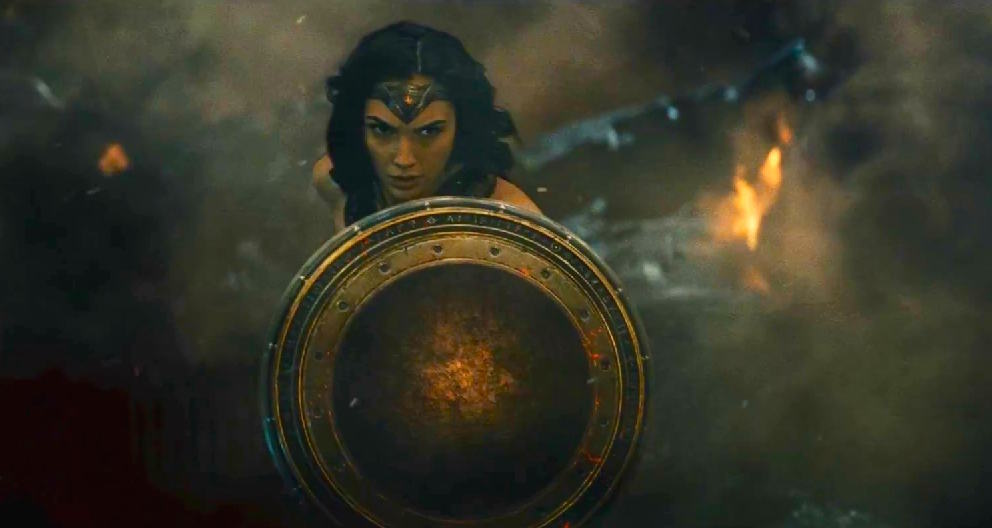 But just as the movie comes to life — she’s a wonder, Wonder Woman  🎵— it’s time to wrap up. The truth is that you don’t even need Superman’s x-ray vision to see this movie’s true nature. Batman may still wear a mask but with Batman v Superman: Dawn of Justice they’re not even trying to hide the movie’s true identity. This is the painfully obvious midseason tryout of The Justice League Show (using Man of Steel as its retrofitted pilot). The first full season is coming to a theater near you on November 17th, 2017.

This movie even takes time out to introduce Aquaman, Cyborg, and The Flash in fan service bits that are alright but so awkwardly placed that they throw the movie’s lack of momentum into even sharper relief.

Origin stories are the dullest so it’s safe to skip this movie. Especially since, beyond Wonder Woman’s arrival, you’ve basically seen it all before in other Batman and Superman and even team up movies (see, anything from Marvel Studios who are so much better at this game). Even the final threat in the movie feels like a direct lift from The Incredible Hulk. If you’re going to rip off a superhero movie, should you really choose one that no one likes all that much?

“The Justic League can’t help but be better in 2017!”  I found myself thinking with the sort of dutiful pre-sold ticket brainwashing the studio counts on when funding these efforts. Or at least that’s how Batman himself would see it. I’d prefer to think of it as optimism. That’s something Superman himself would endorse if he were the real deal and not a manic depressive alien from a dead planet.

Previous Post: « Director Ang Lee to Be Honored at Provincetown International Film Festival
Next Post: Amanda Peet Told Her Husband He Would Have to Go Gay if He Didn’t Bring Jon Snow Back – WATCH »