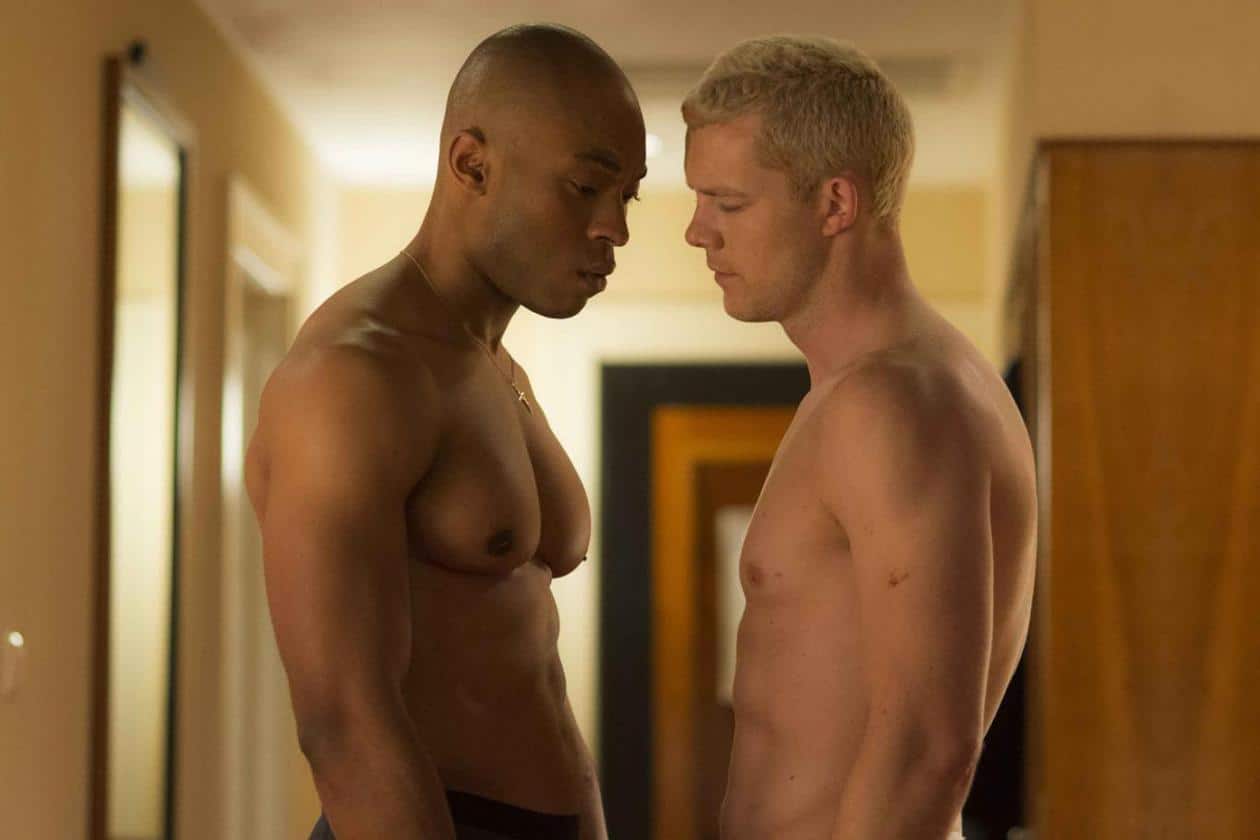 Russell Tovey, who plays a gay footballer in the new film The Pass (above, with Arinze Kene), spoke with the UK’s Evening Standard about his hopes that a real-life footballer will have the courage to come out soon.

“I hope it happens within the next few years, it just takes one person to be brave enough to do it. Apparently there is a big sponsorship deal for the first big Premier League player to come out, a multi-million pound deal, but no one has picked it up yet…They are going to be elevated to some level beyond what they are doing in sport and if you are the first person to do that then it is a terrifying prospect because of the attention that is going to get. Football crowds are so tribal, it’s gladiatorial, and they seize on any weakness their opponents show and sadly in football being gay is still seen as a weakness.”

The Pass will open the 30th edition of BFI Flare: London LGBT Film Festival on March 16.

You may recall that Tovey starred in the play from which the film was adapted at London’s Royal Court Theatre in 2014. Check out some sexy photos from the play HERE.

Check out the trailer for the BFI Flare film festival which has a brief glimpse of footage from The Pass: