FLINT. Democratic Congressman Matt Cartwright (PA) blasted Michigan Governor Rick Snyder at hearing on the Flint water crisis: “Gov. Snyder, plausible deniability only works when it’s plausible. And I’m not buying that you didn’t know about any of this until October 2015. You were not in a medically induced coma for a year. And I’ve had about enough of your false contrition and your phony apologies.” 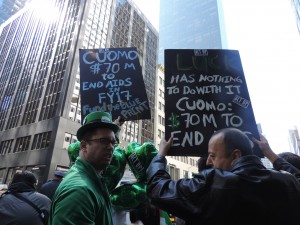 NATURE. Blackfish director responds to news that SeaWorld will stop breeding Orcas in captivity: “This is paradigm shifting.”

HATE. Westboro Baptist Church to boycott Derrick Gordon, the first openly gay college basketball player to compete in the NCAA: “Seton Hall’s Derrick Gordon went public about his sexual orientation roughly 2 years ago … but this is the first year he’ll be playing in the biggest tournament in college basketball as an openly gay man. Most people are hailing it as a triumph … but the Westboro Baptist Church says it’s an abomination. ‘Satan-inspired media loves to stoke his rebellion, but we’ll protest @marchmadness for Derrick Gordon,’ the church tweeted.”

UNIFORM. Happy St. Patrick’s Day, from Prince William to you.

The Duke of Cambridge, Colonel, joins the Irish Guards #StPatricksDay parade at their new base at Cavalry Barracks. pic.twitter.com/Z7cffyTUBk

UNDERWEAR. And from The Underwear Expert.

ARCHAEOLOGY. Hidden rooms in King Tut’s tomb discovered using radar. Experts suspect they could hold the remains of Queen Nefertiti: “At a packed Cairo news conference Thursday to announce the find in King Tut’s tomb in Luxor, Antiquities Minister Mamdouh el-Damaty declined to comment on whether any royal treasure or more mummies might be inside the rooms. But he said the unexplored chambers could hold some kind of organic or metal objects.” 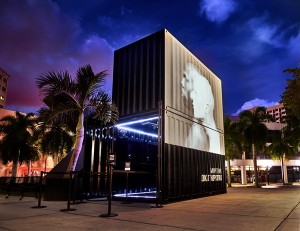 SPORTS. Chicago White Sox first baseman turns down $13 million payday over not being allowed to bring his son to work.

TELEVISION. Inside Amy Schumer is coming back and is as self-aware as you might hope.

DEMOCRATIC PRIMARY. NYT reports that President Obama privately made a call for the Democratic party to unite around Hillary Clinton: “In unusually candid remarks, President Obama privately told a group of Democratic donors last Friday that Senator Bernie Sanders is nearing the point where his campaign against Hillary Clinton will come to an end, and that the party must soon come together to back her. Mr. Obama acknowledged that Mrs. Clinton is perceived to have weaknesses as a candidate, and that some Democrats did not view her as authentic. But he played down the importance of authenticity.”