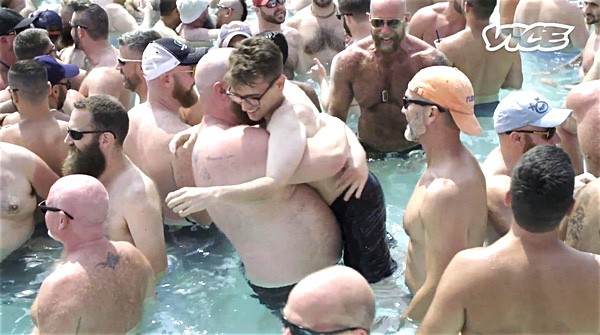 We’ve spent a lot of time at Bear Week in Provincetown so it is amusing to see a new VICELAND (Vice’s new TV channel) segment on the annual rendezvous.

Calling it “a world of many contrasts,” reporter Thomas Morton (the hairless twink in the shot above) headed to Bear Week to dig down into the world of bear culture, find out about the lingo, and check out just what goes on in the pool at the Provincetown Inn.

“The term bear once referred to a very specific type of gay man, particularly a big and hairy gay man. Over time bears have evolved into an entire family of gay men of various body types and hairinesses…Before they had their own flag’s worth of subtypes, bears were a fringe stripe of the gay subcultural rainbow — too hairy for the Chelsea boy queen scene, too hefty for the Tom of Finland-esque Castro clones. Bears quietly consorted with one another through early internet usenet groups, and mailing lists, and the back pages of Bear Magazine, before finally bursting into the gay overground with the first International Bear Rendezvous in 1995. Today there are rendezvous-style events like Bear Week all year long, and across the country, and bears make up, at least in terms of mass, the largest distinct body of gay men in America.” 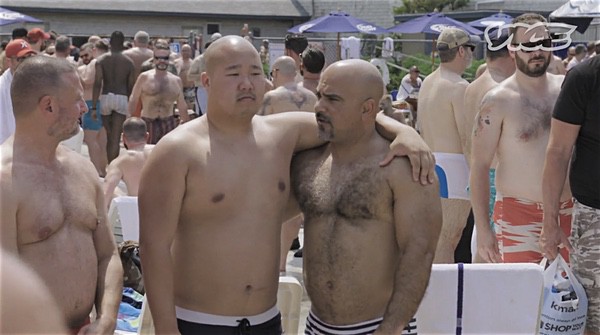 Armistead Maupin, a regular visitor to Bear Week, offers up his thoughts in the segment:

“The thing I love so much about gay life in general is that we are not as exclusionary as the rest of the world in terms of what we expect in a sexual partner…Gay men have learned to eroticize almost everything.”