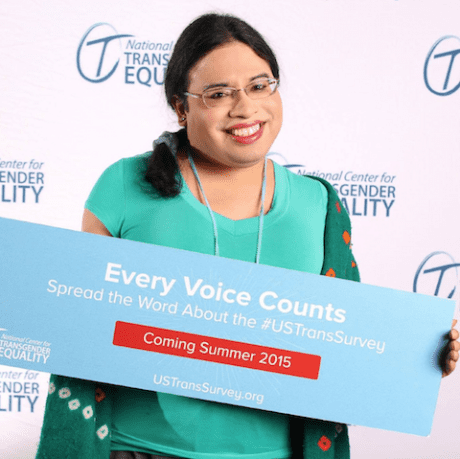 On Monday the White House appointed Raffi Freedman-Gurspan as the executive branch’s top liaison to the LGBT community, making her the first transgender person in history to assume that role.

Freedman-Gurspan became the first openly transgender person to join the Office of Presidential Personnel back in August of 2015 as outreach and recruitment director. In her new role, Freedman-Gurspan will serve as the point person for all major LGBT groups coordinating with the White House.

“Raffi is a great choice,” said Mara Keisling, executive director of the National Center for Transgender Equality. “President Obama has said he wants his administration to look like America, and they have moved to include trans Americans. Raffi’s skills and personality make her the exact right person for this important job.” […]

Marsha Scott, a straight woman, was the first White House gay and lesbian liaison, named to the role by President Clinton in 1995. Later, cisgender gays and lesbians held the role in the Clinton and Obama administrations. The position was held most recently by Aditi Hardikar, who left the post in January to join Secretary of State Hillary Clinton’s presidential campaign.

Before joining the White House, Raffi was a policy adviser at the National Center for Transgender Equality and a legislative director in the Massachusetts House of Representatives.

Human Rights Campaign’s JoDee Winterhof, senior vice president of policy and political affairs, said of Freedman-Gurspan’s appointment, “We believe it is a tremendous decision by the White House to recognize Raffi’s leadership as well as the importance of having transgender leadership in an important role for the community.”