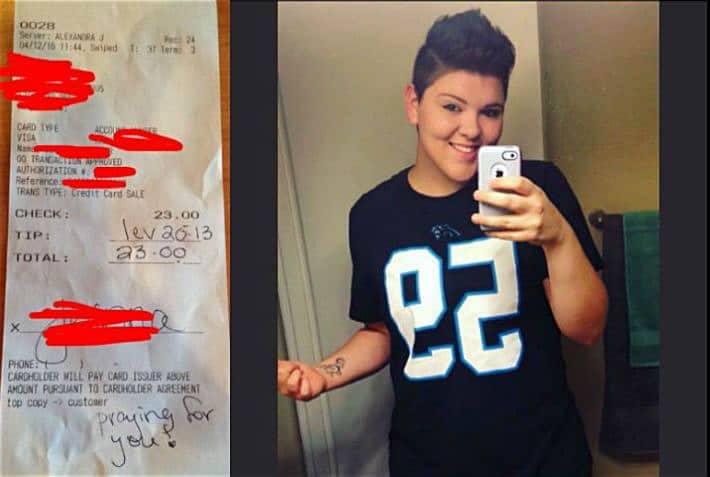 Alexandra, Judd, a waitress in Charlotte, North Carolina, says that instead of a tip, a customer left her the Leviticus Bible verse calling for death to gay people.

“If a man also lie with mankind, as he lieth with a woman, both of them have committed an abomination,” the King James version of the Old Testament verse reads. “They shall surely be put to death; their blood shall be upon them.”

The bottom of the receipt had a message for her as well: “Praying for you!”

“I never expected a hateful gesture like this,” Judd said of the comments. “I’ve had a guest leave me a pamphlet to their church as a tip one time, but I didn’t feel as if they were being hateful towards me. The ladies that came in were very rude, and would hardly talk to me – but I never expected this.”

Judd, who shared the receipt to her Facebook page, added that “I’ve heard of people leaving fake money, or writing funny stuff in the tip spot of a check but never believed it would happen to me, in the way that it did.”

I don’t care what anyone says, this is the most disrespectful thing you can do. Don’t pray for me darling, I have everything I could possibly want and need in my life 😘😘😘😘😘😘😘 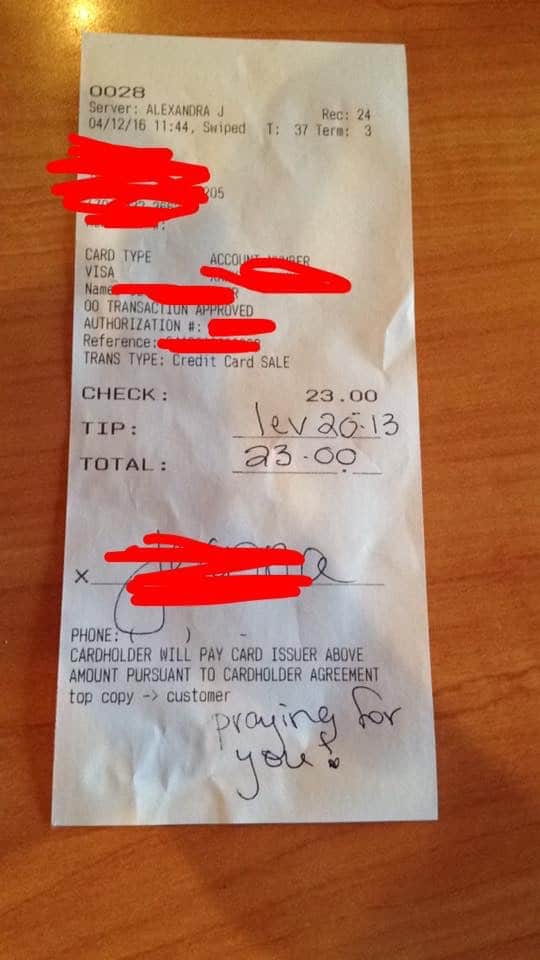 Previous Post: « Police in Bangladesh Arrest Gay Activists, Then Out Them to Their Families
Next Post: Hillary Clinton To Meet With AIDS Activists in NYC »